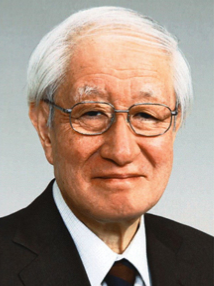 As the international community fights the novel coronavirus, there is one thing that should not be forgotten: Other countries do not necessarily think like Japan.

Every country’s top priority from the beginning is to both tame the coronavirus and maintain their national economy. The exceptionally harsh situation that has befallen the international community today, however, is teaching national leaders and others entrusted with steering their national administrations not to neglect national defense and security.

The U.S. is monitoring China’s movements near the Senkaku Islands

China continues its aggressive activities in the waters around the Senkaku Islands in the East China Sea. In response, the U.S. is sending the PRC the message “we are watching you.”

Superpowers have multifaceted capabilities and can tailor their response to the situation given. Japan is not in that category. Calling a certain action foul play or saying it is against the rules may work in sports. Given the reality that penalties are not so strict in the international community, however, appealing to the rule of law is ineffective in the case of a player who is confident in his strength. International law has advanced considerably since the 17th century, but it is still immature.

The novel coronavirus pandemic is forcing the “globalized” international community to review what is means to have “national borders.” Right now countries are busy trying to get the virus under control and cannot afford to think about anything else. People are now “reflecting on” excessive “mutual dependence” and there will likely be backlash. For example, countries are already fighting for medical supplies and equipment, including masks and artificial ventilators. They will perhaps further restrict food exports and review their supply chains, as well. This will result in an economic recession, which will be the key defining issue in international politics. A trend toward “exclusionism” and reliance on “strong government measures” will be seen in countries around the world.

Acquire the “capability to distinguish friend and foe”

For Japan to work with other nations, it should keenly realize once again the importance of clearly discerning other countries’ “capabilities,” “intentions,” and “behavioral patterns,” instead of relying on their “fairness and loyalty.”

In other words, Japan needs to acquire a keen ability to “distinguish friend and foe,” a skill required for these times. Perhaps Japan would find that its true friends are very few and that its foes are also limited in number. It would then become prudent for Japan to increase the number of its “friendly countries” as much as possible. Japan would need to look at neutral countries and persuade them to side with Japan in times of need.

It is also extremely important for Japan to start now to thoroughly study concrete strategies in preparation for the post-coronavirus world. This may be difficult to do, but it is critical, nonetheless.

At the time of World War II, the U.S. is said to have considered a policy for occupying Japan, initiating its study in the spring of 1942 or, at the latest, the summer of that year — in other words, a few months after “Pearl Harbor.”

Another example of U.S. speediness is that soon after the 9.11 terrorist attacks, the U,S, started discussing strategies for Afghanistan and Iraq as well as political and military strategies for Iran. Then Vice President Dick Cheney and then Defense Secretary Donald Rumsfeld spearheaded the study. I learned this from trustworthy friends (although they later said that those strategies turned out to be unsuccessful).

It is said that currently a White House team led by Senior Advisor to the President Jared Kushner is studying economic measures for the next six months. It is likely part of President Trump’s re-election strategy. I have not heard about any full-fledged discussions on the post-coronavirus world at the government level other than this team, but perhaps there are other such discussions. (It is well known that the U.S. was engaged in vigorous research on USSR strategies during the Cold War, as witnessed by the X Article by George Kennan.)

The novel coronavirus pandemic has brought many things to light. The U.S. has consistently demonstrated great leadership in addressing difficult situations since World War II. Currently it is adopting the “America First” policy and it is unlikely that it will make a significant change in course soon. The EU is struggling after the strong “body blow” it was dealt by the pandemic.

The United Nations is a symbol of “multilateralism,” but it has little influence, particularly in the area of security. The basic credibility of the WHO and other organizations under the UN are now being questioned.

A golden opportunity for Japan to increase its independence

China lacks both the “will” and the “ability” to lead the world at this difficult time, even setting aside China’s propaganda campaign. China has not gained the “trust” of the international community, mainly because of the “self-centeredness” it demonstrates in its activities. Regardless of whether the PRC’s national strength and economic power increase or decrease going forward, its foreign policy will remain “aggressive” and definitely not become “benign” as we move toward 2030 and thereafter. I believe that many Japanese and American experts view China in this way.

There is no doubt that Japan is also in a difficult situation. Again, though, now is a good opportunity for Japan to increase its independence based on the Japan-U.S. alliance. Japan should also keep in mind that not only are the Japanese people looking at it, but also many in the Asia and Indo-Pacific regions and other parts of the world are paying attention to what move Japan will make.