No progress seen in repairing Japan-ROK relations over GSOMIA 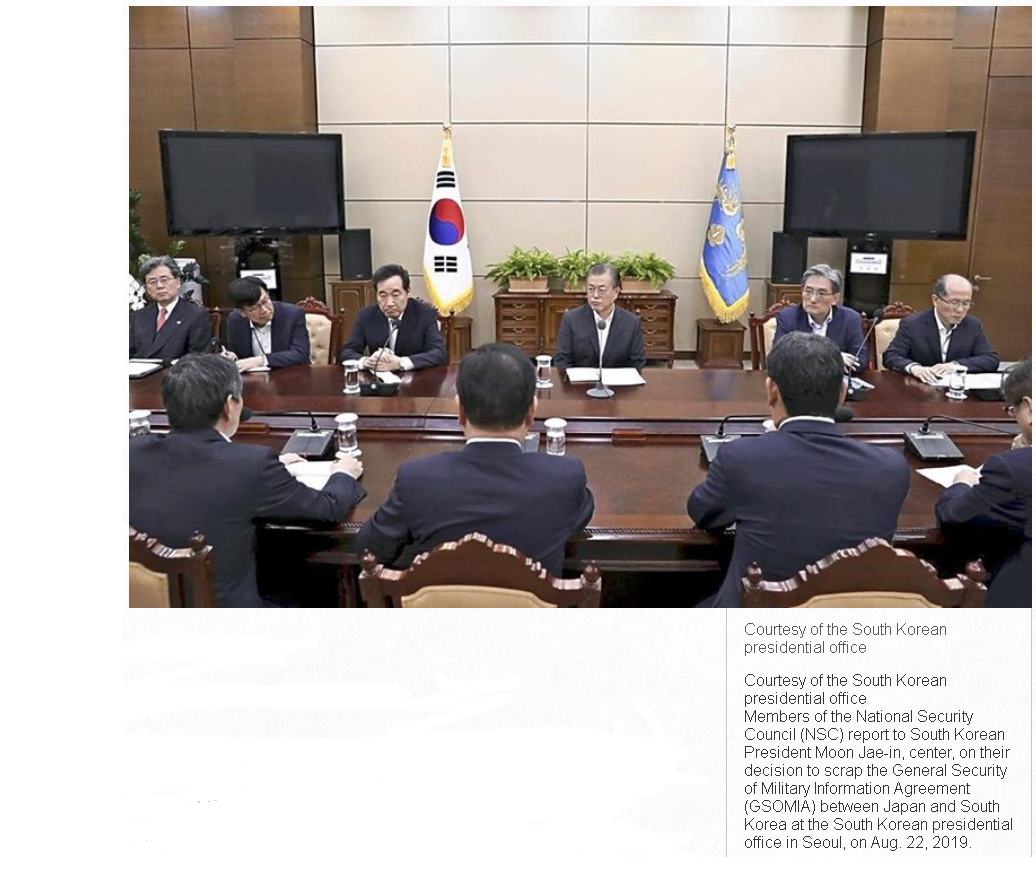 At a press conference on Friday, Defense Minister Taro Kono said, “Considering North Korea’s missile launches and other developments, cooperation between the United States, Japan and South Korea is important, and the GSOMIA is functioning well at the moment.”

On Nov. 22 last year, South Korea reviewed its decision to revoke the deal just before it would have expired. Since then, North Korea has continued its provocations, including the launch of a new type of short-range ballistic missile, and Japan and South Korea have been sharing information within the framework of the agreement. A senior Defense Ministry official said the agreement is significant in that its existence will help deter North Korea.

Meanwhile, South Korea insists that the agreement, which is automatically extended every year, “can be terminated at any time.” Some in South Korea see Japan’s stricter control over exports to that country as a problem, and there are moves to break the agreement. South Korean Prime Minister Chung Se-kyun said on May 17 that if Japan does not withdraw its strict export controls, “we will have to go the other way.”

Relations between Japan and South Korea deteriorated in the wake of a lawsuit over the issue of “former requisitioned workers” from the Korean Peninsula, but since March, cooperation has progressed in some respects, such as accommodating the use of chartered aircraft for the return of the citizens to their home countries in response to the spread of the new coronavirus. However, a bill to create a fund for the workers, submitted by the Speaker of the South Korean national assembly, has effectively been scrapped.