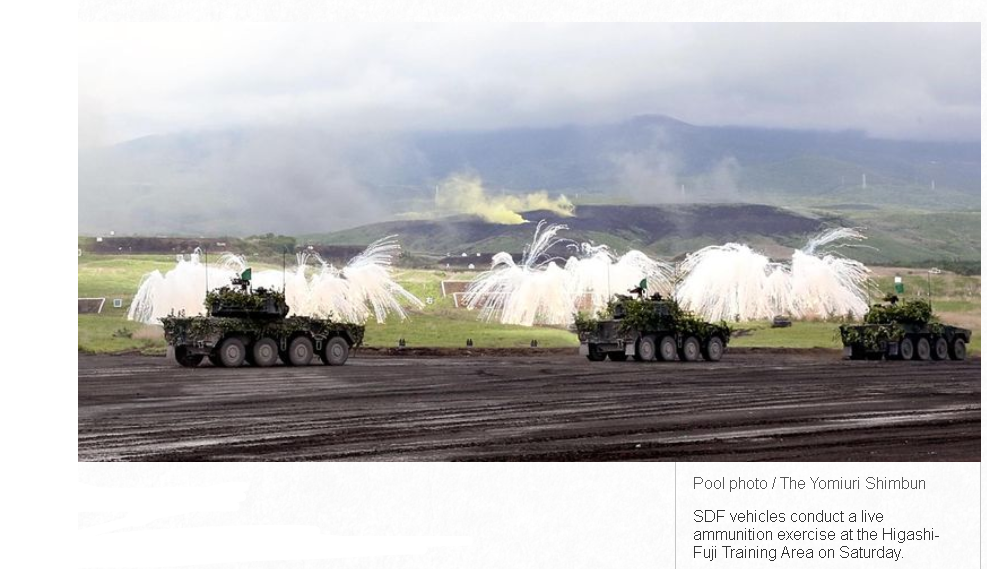 The Self-Defense Force’s largest live-fire exercises were shown on YouTube on Saturday since public viewing was not allowed to prevent the spread of the new coronavirus.

The Ground Self-Defense Forces held the exercies near Mt. Fuji at the Higashi-Fuji Training Area in Shizuoka Prefecture on Saturday.

Footage of the exercise, which took place on a smaller scale than usual, was distributed on the YouTube video-sharing platform. About 800 fewer troops participated, compared with last year.

The exercise was conducted with about 30 tanks and armored vehicles supporting about 1,800 troops.

This was the second time that the exercise has been closed to the public since 1979.