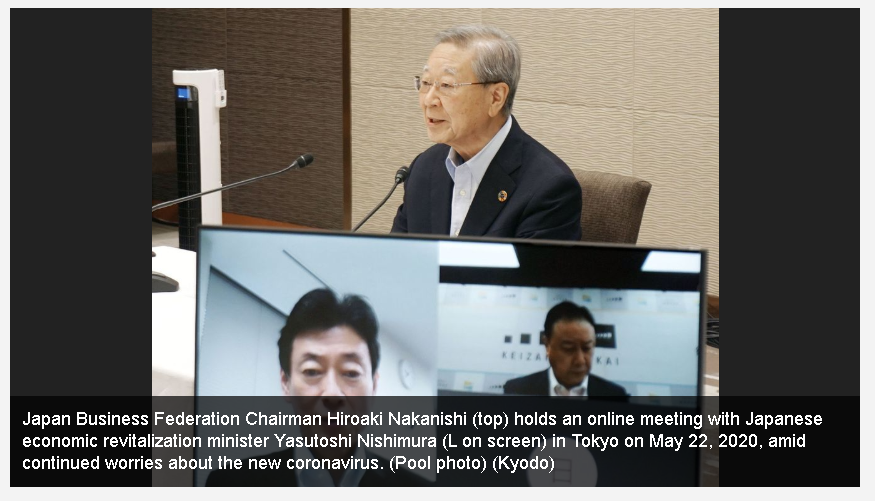 TOKYO — Japan’s most powerful business lobby on Monday called on companies to become more creative in stimulating demand to overcome the novel coronavirus crisis instead of simply waiting for the economy to pick up.

“We have to do more than just waiting for demand to recover,” Hiroaki Nakanishi, chairman of the Japan Business Federation known as Keidanren, said in a press conference in Tokyo.

He also said that firms should not lower their guard against the coronavirus, even as the government fully lifted the state of emergency the same day.

The government, which has been criticized for failing to quickly deliver promised financial support to businesses, has not done enough to employ digital technologies, he said.