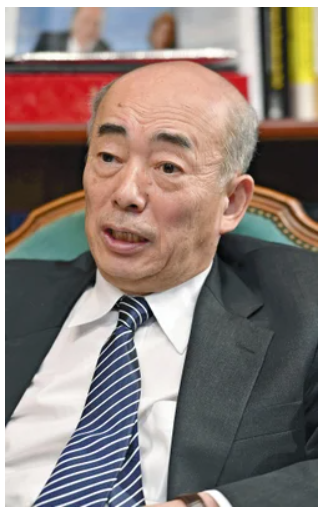 [Former Japanese Ambassador to the U.S. Kenichiro Sasae made the following remarks during an interview with the Yomiuri Shimbun.]

The global new coronavirus pandemic will widen the divisions that already exist in the international community. The anti-global and nationalistic movements will probably escalate if it takes a long time to bring the outbreak under control.

That is because people who are already dissatisfied with the current situation and governments’ actions will become even more frustrated and countries will no longer have the financial leeway to address global issues, such as the environment, immigrants, refugees, and now the pandemic. The world is heading in a direction that requires us to be vigilant.

As in the past, the U.S.’s approach is key. Candidates for the presidential election in November will be tested as to how they plan to put an end to the outbreak, revive the economy and employment, and build relations with China.

Malicious and groundless information about the coronavirus, the economy, and employment are spreading in the U.S. Heightened frustration over China’s initial handling of the coronavirus outbreak and the nation’s lack of transparency in sharing information on it has led to growing calls for pinning the blame on China.

President Trump, who is running for reelection, is also trying to deflect criticism aimed at him by pointing the finger at China. How to deal with China is the greatest concern not only for President Trump, but also for former Vice President Joe Biden, who is set to win the Democratic nomination.

This transcends the normal dimensions of political and security issues. The circumstances have become jumbled and the U.S. and China are now locked in a battle of systems.

If the coronavirus outbreak is brought under control in China and the country resumes its economic activities ahead of other countries while the U.S. continues to be mired in confusion, Chinese hardliners against the U.S. may see it an opportunity and play hardball. That would trigger an emotional backlash from the U.S. that would be very dangerous.

China is engaging in unilateral actions in the South China Sea and the East China Sea, which includes the area surrounding the Senkaku Islands in Okinawa Prefecture, even amid the coronavirus outbreak. It is important not to give the impression that the coronavirus issue has caused the U.S. to take a step back and created a security void.

Beijing is unlikely to win in its battle of systems with Washington. The system that curbs infection through careful monitoring and gradually resumes economic activities might appear to be effective. But the majority of countries in the world do not want such a monitoring system. The U.S. will gain an advantage in both soft power and military power. I think the U.S. has time to rebuild itself.

China’s growing influence on the World Health Organization (WHO) has been considered problematic. One of China’s objectives is to isolate Taiwan. If the U.S. limits support to the WHO, that will allow China to become more prominent. The China-oriented WHO is an issue, but support for international organizations should be discussed separately.