KYOTO, Japan — The ‘Made in China 2025’ modernization drive is very much alive despite the trade war, says Yutaka Miyanaga, an executive vice president at Omron, adding that the Japanese robot maker intends to capitalize on the country’s hunger for factory automation.

Omron, the world’s largest producer of blood pressure manometers and nebulizers, and Japan’s number one manufacturer of thermometers, has seen a boost in demand for its healthcare products.

To increase production of thermometers by 30% amid the coronavirus pandemic, Omron will start production in Kyoto as well as its main health care product plant in Dalian, China.

But it is also a key player in maintaining the “health” of the industrial sector, through its factory automation business.

Omron has been nicknamed the “department store” of factory automation, with around 200,000 products. Unlike rival Keyence, which focuses on sensors, Omron mixes and matches its vast product line to find the just-fit solution for manufacturers. 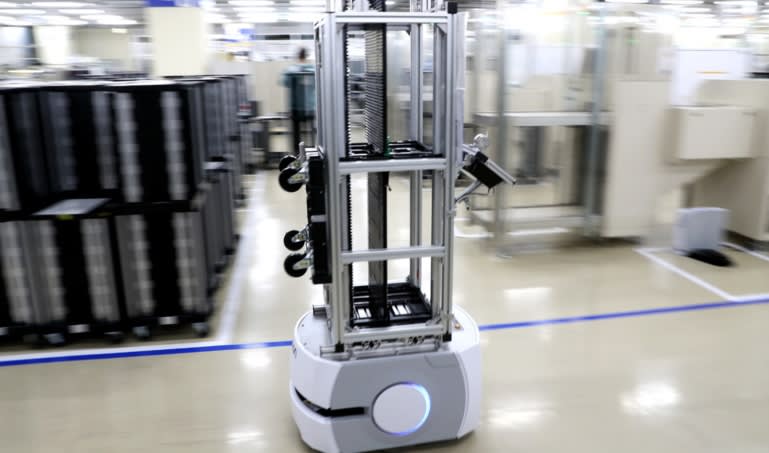 While the pandemic is depressing demand from such hard-hit industries as automakers, Omron expects the need of social distancing will create new demand in factories around the world.

“We initially didn’t expect much growth [in the automation sector] this year because of the trade tensions between the U.S. and China that have been going on since 2019,” Miyanaga, head of the Japanese company’s factory automation operations, said in a recent interview with Nikkei. “The coronavirus impact comes on top of that.”

Yet Miyanaga sounded upbeat about the industry’s prospects after overcoming the immediate turmoil, particularly in China, where he says the market has the potential to grow 10% annually.

“The coronavirus is a factor that can temporarily trip us up, but our view on China is basically unchanged, he said, adding that “the ‘Made in China 2025’ is still alive for the medium to long term.”

Miyanaga expects Omron to benefit from factors such as soaring labor costs that create a need for factory automation.

Miyanaga sees the pandemic as a challenge. “Whether or not companies can grow under these conditions is important,” he said.

Factories are confined, crowded spaces where the coronavirus can spread readily, and precautions such as reducing staff require leaving more capacity idle. Omron looks to offer solutions such as robots and remote monitoring systems that can reduce risky contact without sacrificing productivity. This strategy comes amid a shift in the company’s approach to sales under the “i-Automation” concept it developed in 2016.

“To cultivate new markets, we’ve changed our business model to provide solutions to customers instead of just selling them components,” Miyanaga said.

Omron generally has distributed products through third-party sellers, with buyers picking individual items out of a catalog. But as companies seek more sophisticated automation systems, a more comprehensive relationship with customers has become essential.

The executive cited Omron’s Automation Center Tokyo, which opened in January. It lets customers try out customized systems to address issues on their production floors.

“We hardly ever put products on display the way we used to,” he said. “Everything is based on applications.”

How the factory automation business fares in the post-coronavirus world will be key to Omron’s growth. The segment generated half of the company’s group sales of 677.9 billion yen ($6.3 billion) in fiscal 2019.

Miyanaga noted that the factory automation business has maintained an operating profit margin of 15%. He looks to reach a consistent 20% and said the company has “made plenty of investments” to this end.

“Mergers and acquisitions are a top-priority strategy for accelerating our growth,” he said. “Now that the coronavirus is lowering acquisition prices, we plan to actively pursue deals.”