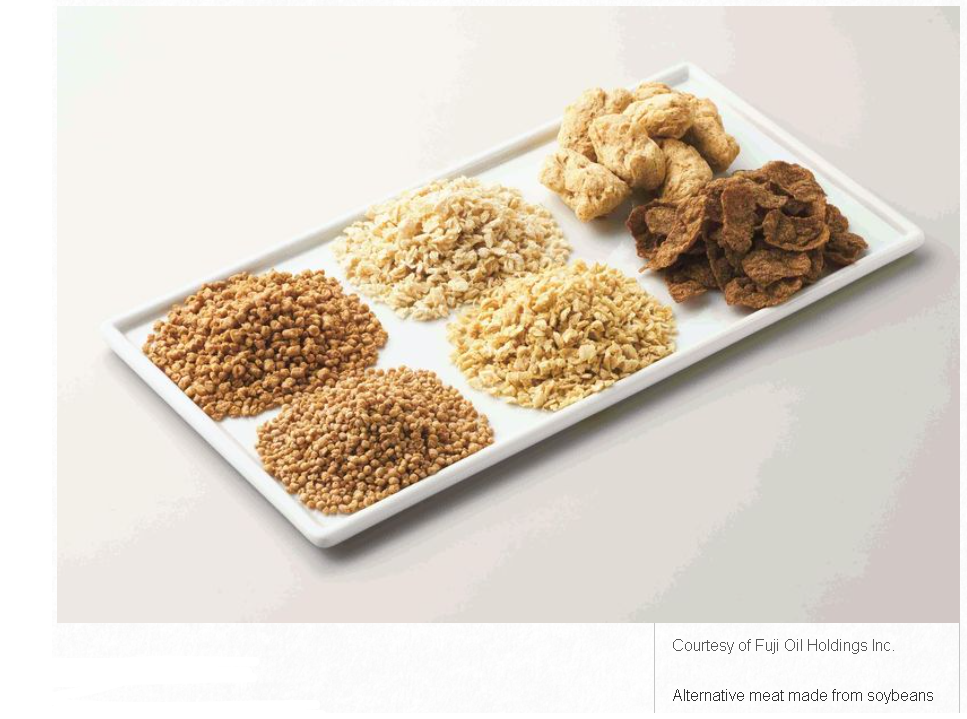 Cultured or alternative meat and other artificially produced foodstuffs using advanced technologies will soon be have rules drawn up by the Agriculture, Forestry and Fisheries Ministry, The Yomiuri Shimbun has learned.

As Japan’s food self-sufficiency rate is expected to decline further, the ministry aims to ensure stable production and supply of protein resources that can be mass-produced. The government also plans to set safety standards to ease consumer concerns.

Representative types of such food include alternative meat derived from plants and meat produced by culturing cattle cells. For example, soybeans from which the oil has been extracted are processed at high temperature and pressure, and seasonings added to produce alternative meat. Not only do they look like meat, but some also have the texture and flavor of the real thing.

Nissin Foods Holdings Co. and the University of Tokyo are aiming to establish the technology to grow cultured meat for steak within five years. A company official said, “We want to reduce costs through mass production in the future.”

It usually takes two to three years to grow meat from calves. Producing 1 kilogram of beef requires more than 10 kilograms of fodder and 20 tons of water.

If mass-production technology for cultured meat is established, it will be possible to mass-produce as many as several tens of tons of meat in a year. As the spread of the novel coronavirus has made it difficult to secure food through imports, there are expectations that such meat can become a stable source of protein in the future.

In April, the ministry established a food-tech study group with about 100 organizations, including major food companies, universities and research institutes. By the end of June, the ministry will compile a report on a strategy to supply for the next generation sources of protein, including alternative and cultured meat, algae and insects. In July, the government and the private sector will set up a council to expedite the development of legislation with an eye to industrialization.

In the council, the agriculture ministry plans to study how to label products sold at supermarkets and other retail outlets and how to standardize the specifications.

Japan lags far behind countries overseas in food technology. Investment in related industries and companies totaled about ¥10 billion in 2019, far less than the ¥950 billion in the United States and ¥350 billion in China. In May, the European Union focused on research and development of proteins to substitute livestock products in its Farm to Fork Strategy.