Expert: As China’s “One Belt, One Road” rapidly expands, Japan must discern to what extent to collaborate with China 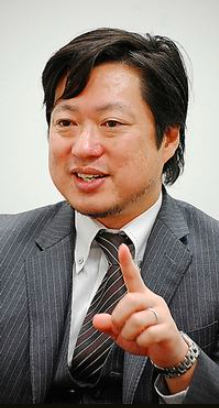 Ken Jimbo is a Keio University professor specializing in security in the Asia-Pacific region and international security. He served as visiting associate professor at National Taiwan University and as a research fellow at the Japan Institute of International Affairs prior to taking up his current position.

Asahi: What makes China’s “One Belt, One Road” initiative unique?

Professor Jimbo: The United States has led the world order by providing global public goods, such as security and a free trade framework. Rather than compete in the same arena as the U.S., China is offering the alternative of economic development and political rule with an authoritarian state. This approach has taken root and spread much faster than the approach of Western European countries.

Asahi: The United States has adopted the “Free and Open Indo-Pacific” strategy, a concept first initiated by Japan. What is America’s aim?

Jimbo: How will the world order in the area of security be maintained as China increases its military influence? Many emerging nations have been incorporated into the Chinese economic bloc, and this could impede a free and open order. In this context, the U.S. has worked out a strategy that counters China.

Asahi: What does the Japanese government’s concept [of a free and open Indo-Pacific] aim to achieve?

Jimbo: Initially, about 80% of Japan’s aim was to contain China. Since then, however, people who think Japan should endeavor to use the economy to improve strategic ties with China and Russia have gained influence in the government. It is hard for Japan to navigate today’s situation where the U.S.-China strategic competitive relations are overheating. Currently many [in Japan] favor using China’s rapprochement with Japan as a strategic opportunity.

Asahi: Some in the U.S. take a critical view of Japan’s approach, saying it is China-oriented.

Jimbo: In the field of security, Japan sees the Japan-U.S. alliance as the cornerstone and will not compromise with China. In terms of the economy, though, Japan cannot imagine supply chains without Chinese participation. It is inevitable that Japan will take a different position from the U.S. in this area. Identifying a way to expand bilateral ties with China and yet not harm the Japan-U.S. alliance is the best strategy for Japan.

Japan needs a headquarters to oversee initiatives that integrate trade, investment, and technology strategy with security strategy. Japan needs an overall national strategy that resolves policy conflicts within the government and sets a boundary that demarcates the point up to which Japan should collaborate with China and the point from which it should seek to contain it.

Asahi: How will the COVID-19 pandemic impact U.S.-China ties and the world order?

Jimbo: The confrontation between the U.S. and China is deepening at a time when global coordination is needed. It is critical that democratic states quickly overcome the pandemic and lead the world order so that the authoritarian model does not go down in history as the winner in the post-corona world.