Mori: 80% of the venues could be available next year for Tokyo Games 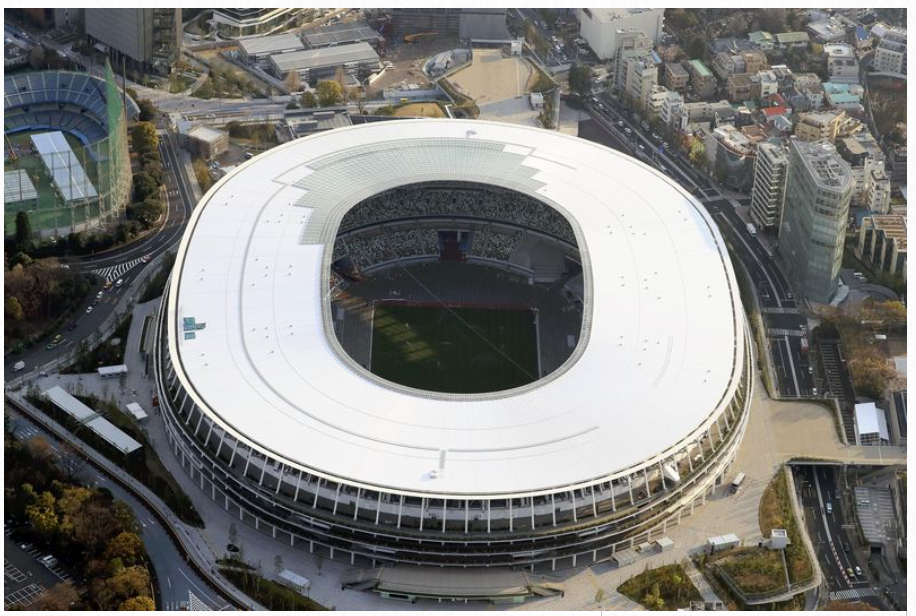 The Yomiuri Shimbun / The National Stadium is the main venue for the Tokyo Olympic and Paralympic Games. This is taken on March 23.

Yoshiro Mori, president of the Tokyo Organizing Committee of Olympic and Paralympic Games, told a meeting of executive board members on Friday that the committee has “a basic understanding that about 80% of the [Games] venues could be available next year.”

According to the organizing committee, these comprise 43 venues including the National Stadium, which is to host the opening and closing ceremonies and athletics, Equestrian Park, which will host equestrian events, and the Saitama Super Arena in Saitama City, which will host basketball.

Meanwhile, Makuhari Messe Hall in Chiba City, for wrestling and other sports, and Tokyo Big Sight, which was set to be the Media Press Center and International Broadcasting Center, have been reserved for other uses next summer during the postponed Games.

Negotiations for their availability are continuing, as are agreements for the Olympic Village, the apartments of which are to be renovated and sold as private residences after the Games.

The organizing committee hopes to finalize the venues and schedule of the games by next month, one year before the Games.

Regarding the Olympic torch that was lit in Greece in March, Mori said Internal Affairs and Communications Minister Sanae Takaichi offered to “exhibit it in various places for the purpose of regional revitalization.” The ministry is reportedly studying ways to implement the exhibitions, and the organizing committee intend to cooperate with this, Mori said.

Mori also said that the Japanese Olympic Committee (JOC) may exhibit the torch at the Japan Olympic Museum at the Japan Sports Olympic Square in Shinjuku Ward, Tokyo, where the JOC is located.