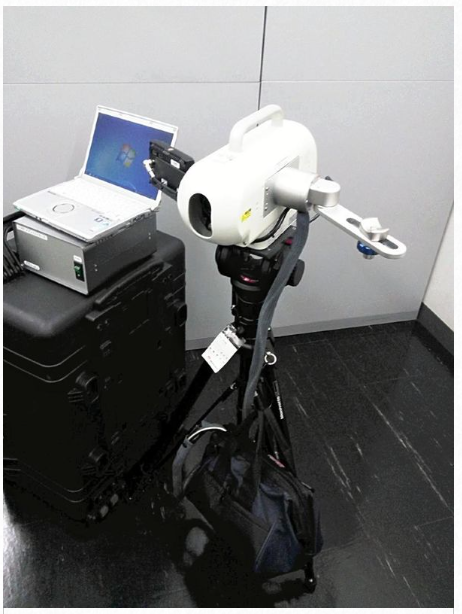 The National Police Agency (NPA) will soon be using a piece of technology that is capable of extracting fingerprints separately from several overlapping fingerprints at actual crime sites from this fiscal year, it has been learned.

Last December, the NPA installed a device with this innovative technology ⁠— the use of which is said to be the first in the world. The organization aims to deploy the device to police stations nationwide within a few years after examining its effectiveness in hopes of drastically improving its identification ability, sources said.

The video camera-like, portable device, called a hyperspectral imager, irradiates overlapping fingerprints with a green laser and analyzes the wavelength of light reflected by the fat and amino-acid components of fingerprints, before displaying images of separated fingerprints. Essentially, fingerprints left in different times can be identified separately.

The device was developed by the NPA’s National Research Institute of Police Science along with Waseda University and other institutions. Extracted fingerprints are registered in the NPA’s database as “latent prints” and automatically matched against fingerprints of more than 11 million suspects.

Fingerprint evidence is an essential component for criminal investigation as fingerprints are “unique and permanent.” In current fingerprint matching, a method of comparing “feature points” is mainly used, and if 12 points of the prints coincide with each other in principle, it is considered that the prints belong to the same person.

According to investigative sources, fingerprints often overlap on doorknobs, window locks and furniture, which are frequently touched by people. However, they were not able to be separated, it had long been impossible to identify suspects from them.

“If the device can extract fingerprints individually, it will be a great tool to identify suspects and their other crimes.” a senior police official said.

The new device will be deployed to police headquarters, and they will examine if the condition of extraction would vary depending on the materials where fingerprints were left.