TOKYO — Japanese Finance Minister Taro Aso stirred controversy this month when he credited Japan’s lower coronavirus death toll compared with the U.S. and Europe to the fact that “our cultures are at different levels.”

The Japanese word he used, mindo, encompasses aspects such as education and norms of behavior. Aso’s comment drew a backlash, with some online commentators quipping that Japan faring poorly compared with some Asian neighbors also must owe to different levels of culture.

With neither a vaccine nor a silver bullet treatment available, health experts say prevention is the best weapon against the coronavirus pandemic. Some countries in Asia, even developing nations, were able to keep their number of deaths low through quick action on testing and isolating patients. Such experiences hold lessons for Japan to learn from as it guards against its own second wave of infections.

Japan had 7 coronavirus deaths per million people as of Sunday, according to statistics website Worldometer. Leaving aside the reliability of the data, this means that Japan has the third-highest rate of COVID-19 deaths among 13 countries and territories in the Asia-Pacific region.

The Philippines and Indonesia led with 10 and 8 deaths per million, respectively. But Japan was higher than South Korea’s rate of 5 per million, Australia’s rate of 4 and China’s 3. Hong Kong and Taiwan both had fewer than 1 death per million, while Vietnam had zero. 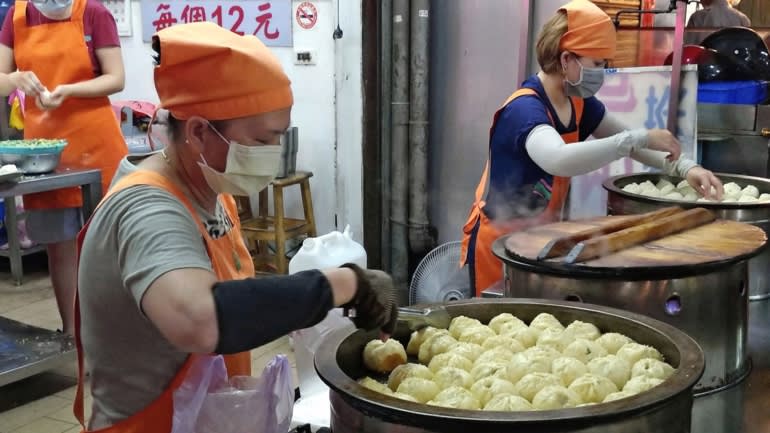 Vendors wear face masks to help curb the spread of the coronavirus at a night market in Taipei on May 27.   © AP

The differing mortality rates between Western and Asian nations has been apparent for some time. Germany, which has done well among major European countries in limiting fatalities, reports 106 deaths per million — about 10 times more than the Philippines, which has the highest level in Asia, Worldometer data shows.

Though Japan’s rate is high for Asia, Prime Minister Shinzo Abe has boasted that his country “overwhelmingly kept the coronavirus in check” compared with other Group of Seven leading industrial nations. But learning from neighboring countries that fared even better than Japan provides more insight than contemplating comparisons with the U.S. and Europe.

One of the biggest differences between Japan and these neighbors is the speed with which they first acted to prevent the virus from spreading. Countries that kept fatalities low, including developing nations, typically acted quickly on testing and isolation.

After learning of the virus hitting the Chinese city of Wuhan late last year, Taiwan quickly systematized inspections of travelers arriving by direct flights from the start of 2020. Schools extended their Lunar New Year holiday, but they have not closed since reopening in late February. After a local software engineer released Taiwan’s now-famous mask inventory app, a public-private app that used government data was developed in just a few days.

As of early February, Japan had only restricted entry by travelers from Hubei Province, where Wuhan is located. Singapore, Vietnam, Australia and New Zealand already had restricted entry to people coming from any part of China. Vietnam, which like Japan saw its first cases in late January, closed its points of entry and installed quarantine facilities for all inbound visitors in March.

Japan also has conducted the least testing per capita, except for Indonesia, among 12 Asia-Pacific countries and regions excluding China.

Putting scientific expertise to practical use also took time. Japan’s National Institute of Infectious Diseases recognized that asymptomatic patients risked infecting other people, and on April 20 the institute expanded the period for monitoring people in contact with an infected individual to two days before the onset of symptoms. But PCR testing for asymptomatic contacts did not start at a national level until May 29, more than a month later.

“Widespread testing among patients and staff would have reduced the number of infections within the hospital,” said Norio Sugaya, head of the infection control center at Keiyu Hospital in Yokohama.

Many people have cited differences in race, lifestyle and obesity rates to explain the contrast in deaths between the West and Asia. But even with a large part of the population comprised of people with European backgrounds, countries like Australia and New Zealand recorded four deaths per million, a lower rate than in Japan.

Asian countries and regions except for Singapore imposed less-severe restrictions on economic and social activity than did Western governments, a late May analysis by U.S. website Politico found. The website said that Vietnam had best minimized the economic and public health impacts of the coronavirus.

With infections apparently having peaked in Europe and Asia, the question is: Which countries are safe? An analysis in early June by Hong Kong think tank Deep Knowledge Group rated Switzerland as the safest based on 130 indicators in six fields, such as “quarantine” and “health care system.” Japan ranked fifth, the second safest in Asia after Singapore, which came in fourth.

Japan’s “medical care” was rated better than Switzerland’s, but its “quarantine” and “regional resilience” were low. Taiwan, Hong Kong and Vietnam, all of which kept the number of deaths low, scored poorly for medical care, but rated highly on “emergency response capability.”

With neither a vaccine nor a silver bullet treatment available, many experts think the only way to prevent serious cases for now is to prevent the initial infection. Though their medical systems were not the best, countries and regions in Asia — including developing nations — were able to keep the number of deaths low through quick action on testing and isolating patients. This offers many points for Japan to learn from as it prepares for its own second wave of infections.