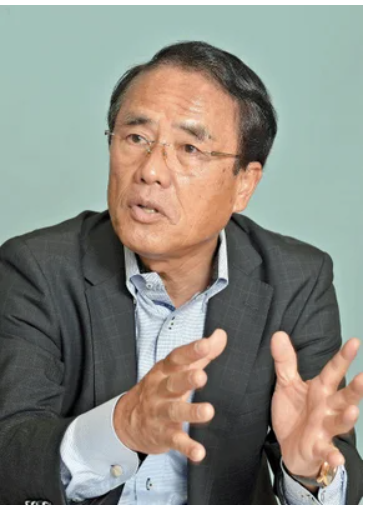 [Former Air Self-Defense Force General Kunio Orita made the following remarks during an interview with the Yomiuri Shimbun.]

The possession of capabilities to attack enemy bases makes up for a lack in the capabilities of ballistic missile defense systems and does not serve as a complete alternative plan for the deployment of the Aegis Ashore. What Japan should consider is the offensive capabilities it will be forced to employ at the stage where an interceptor missile is inadequate.

Japan needs to define its capabilities to attack enemy bases. They are the capabilities to destroy ballistic missiles on the ground before they are launched. If even one ballistic missile is fired against Japan and another missile is about to be launched, destroying the missile still on the ground does not constitute a preemptive attack but falls within the scope of strictly defensive defense. Destroying an operations command as well as missile-related communication facilities and storehouses requires a massive system of offensive equipment and developing such a system is time-consuming and very costly.

Destroying pre-launch missiles will become a measure against the Russian Iskander missile, which travels along irregular trajectories and is difficult to intercept, and is meaningful for closing a gap in missile defense.

The Air Self-Defense Force (ASDF) has the ability to strike enemy bases by using the cutting-edge F-35 stealth fighter and long-range cruise missiles capable of flying more than 900 km scheduled for introduction. North Korea’s air defense network is not strong. Demonstrating the ability to approach at a low altitude over the ocean and swiftly return to the home base after launching attacks is important as a strategic communication from the perspective of deterring enemy attacks.

But the Nodong medium-range ballistic missile is fired from a mobile launcher transported by a vehicle, so identifying a target is extremely difficult. We have no choice but to rely on the information provided by the U.S. Forces and others, including human intelligence (humint), for carrying out offensive operations.

I think Aegis Ashore is necessary in order to build a framework to “always protect all Japanese territory in peacetime in a sustainable manner” stipulated in the current National Defense Program Guidelines. The portable and ground-based THAAD (Terminal High Altitude Area Defense) system has a narrow defense range and even six THAAD batteries are insufficient to cover the entire Japanese archipelago. Aegis Ashore is superior in terms of cost effectiveness.

But Japan should re-examine the type and deployment site of the Aegis Ashore. It seems the government decided to withdraw the Aegis Ashore plan because the model it planned to purchase carried a price tag of 700 billion yen for two batteries and costs several hundreds of billions of yen for revamping. The model deployed to Poland and Romania costs about 80 billion yen per battery. So Japan does not have to stick to a state-of-the-art model.

Japan can choose a place where the fall of boosters causes no harm as the deployment site without limiting the choice to SDF bases and by adding the ASDF’s missile unit bases as candidate sites. As for radars, replacing the ASDF air control and warning groups’ existing radars with the Aegis’s radars is an option.