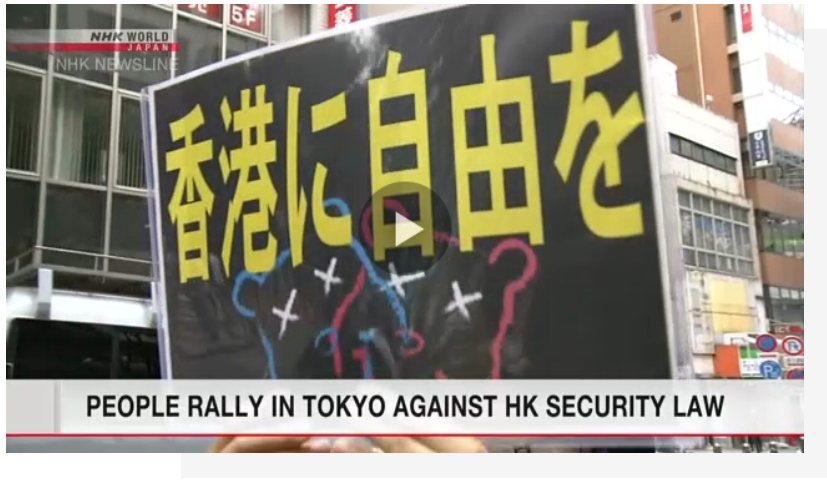 About 300 people took to the streets in Tokyo on Sunday to rally against China’s national security law for Hong Kong.

The rally was organized by Hong Kong people living in Japan. A member of the group said arrests are already taking place for violating the new law, and he wants people to know what is happening.

Participants held placards and flags carrying such phrases as “Bring back Hong Kong,” and “Time for revolution.” They called for the legislation to be withdrawn.

Some participants hid their faces with masks or sunglasses, noting that the new law applies to acts committed abroad.

A woman from Hong Kong in her 40’s said she wanted to highlight the threat to freedom, adding that if people do not appeal to the international community, China will act as if there is no problem.

A man from Hong Kong in his 30’s said he wants people around the world to pay attention to what is happening in Hong Kong, and freedom to be restored there.