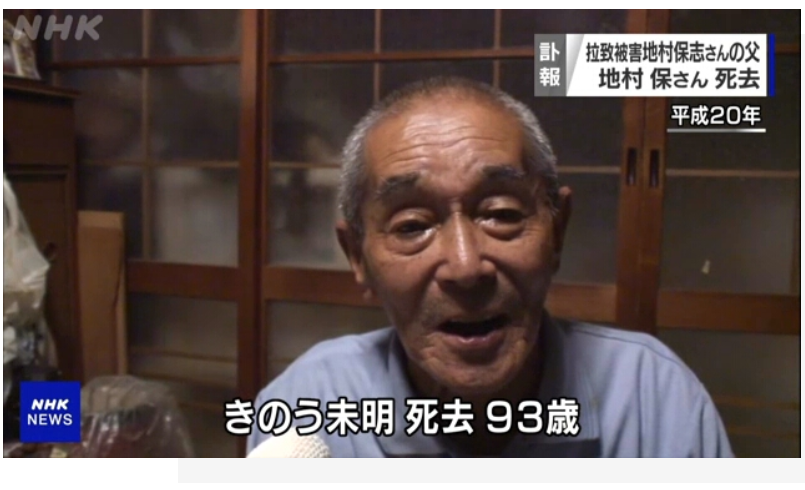 The father of a Japanese man who was abducted by North Korea in the 1970s and returned to Japan decades later has died.

Informed sources say Chimura Tamotsu died on Friday at the age of 93 at a hospital in the city of Obama in Fukui Prefecture, central Japan.

His son Yasushi went missing from a park in the city in 1978 along with his then fiancee, Hamamoto Fukie.

Chimura searched for his son while caring for his sick wife.

After it became apparent that his son was abducted by North Korea, Chimura formed a group with relatives of other abductees and demanded the Japanese government resolve the issue.

Yasushi and Fukie, who married in North Korea after they were abducted, returned to Japan along with three other abductees in 2002 after the summit in Pyongyang between then Japanese Prime Minister Koizumi Junichiro and then North Korean leader Kim Jong Il.

Even after his son returned to Japan, Chimura continued to help the group by taking part in signature campaigns and giving lectures.

He had been in and out of hospital prior to his death.