Hayabusa2 to return samples to Earth in Dec. 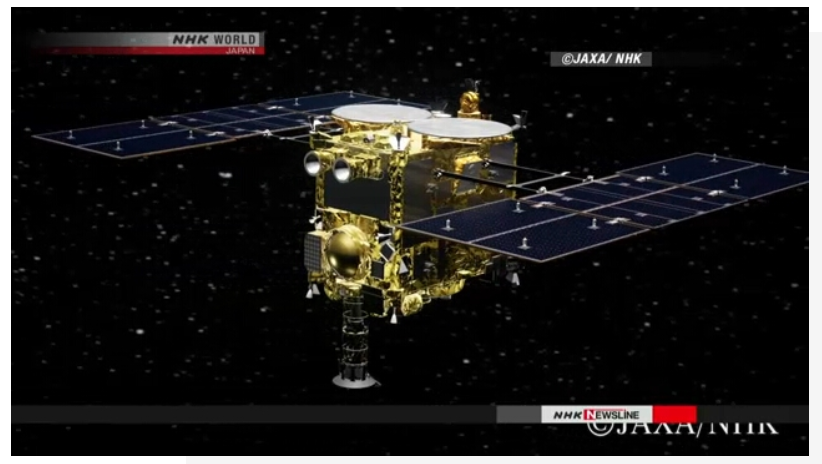 Japan’s asteroid probe Hayabusa2 will return a capsule containing samples from the asteroid Ryugu to Earth in early December.

Japan’s education ministry announced that Hayabusa2 is scheduled to drop the capsule onto an Australian desert on December 6.

The probe, which is operated by the Japan Aerospace Exploration Agency, or JAXA, has touched down twice on Ryugu before collecting sand and rocks from its surface. The spacecraft left the asteroid in November last year to return to Earth.

JAXA has already formed a team of scientists to recover the capsule and analyze its contents.

The team will examine the sample for possible clues into the origins of life.

JAXA is now deliberating the asteroid to which Hayabusa2 will next head after it drops the capsule.