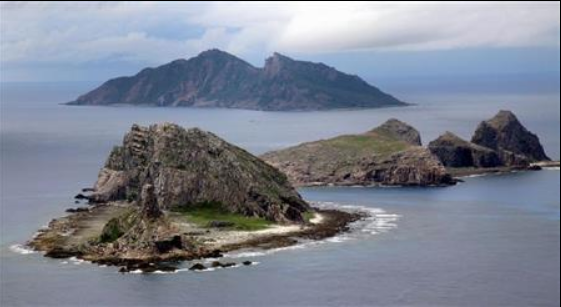 In a meeting on July 17, a Liberal Democratic Party (LDP) parliamentary group on national defense expressed a sense of crisis about China Coast Guard (CCG) ships repeatedly trespassing into Japanese territorial waters around the Senkakus in Ishigaki City, Okinawa Prefecture. The CCG is the counterpart of the Japan Coast Guard (JCG), but it has been increasingly incorporated into the military in recent years. Many meeting participants called for strengthening the control of the islands through conducting marine and environmental surveys as well as drills by the Self-Defense Forces.

China’s long-term strategy is to undermine Japan’s control of the Senkakus by increasing its pressure on the islands little by little. At the meeting, former State Minister for Foreign Affairs Masahisa Sato said, “The U.S. Forces and the SDF may be able to conduct joint exercises” at the U.S. Forces’ firing and bombing ranges on the Senkakus, expressing his intention to examine with the government the feasibility of the idea.

Upper House member Shigeharu Aoyama insisted that marine resource and environmental surveys as well as landing on the islands to conduct surveys for imposing fixed property taxes as requested by Ishigaki City should be allowed. The government led by the now defunct Democratic Party of Japan set the goal of “peacefully and stably maintaining and managing” the Senkaku Islands when Japan nationalized the islands in September 2012. This policy is making it difficult for Ishigaki City and the environment ministry to conduct surveys on the islands. At the meeting, some participants requested that the policy of “peaceful management” be changed.

The JCG and other participants explained the current status of the CCG during the meeting. The number of Chinese government ships [intruding into Japanese waters] stood at 40 in 2012 but it skyrocketed to 130 in 2019. In recent years, navy ships have been transferred to the control of the CCG and a system of joint activities with the navy in cases of contingency was established following a legal change in June this year. But a senior official of the Ministry of Defense (MOD) says that if the Maritime Self-Defense Force (MSDF) is sent to the Senkakus, “the Chinese navy would storm the islands using the MSDF’s dispatch as an excuse and try to effectively control the islands. It would be like falling into China’s trap.”

On July 17, CCG ships sailed near the Senkakus for 95 consecutive days, marking the highest number of days since the nationalization of the islands in 2012.