Bioterrorism a concern at Tokyo Olympics 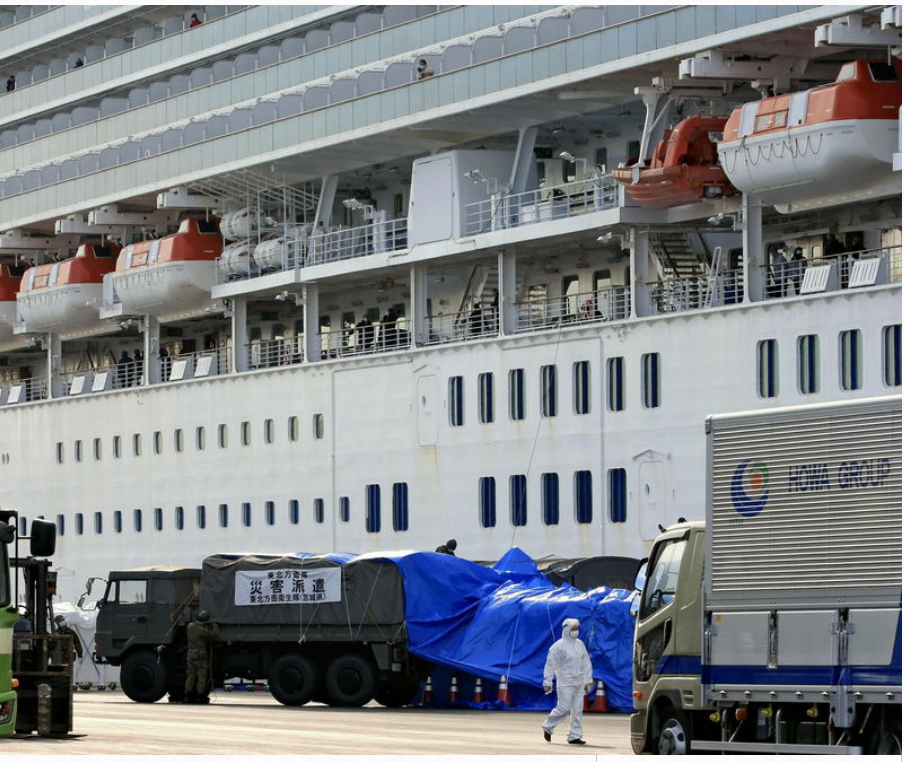 Yomiuri Shimbun file photo / A Self-Defense Force vehicle is parked near the Diamond Princess cruise ship to bring in supplies in Yokohama in February.

If the smallpox virus was spread at venues of the Tokyo Olympic and Paralympic Games, how should it be dealt with?

According to a source connected with the Japanese government, people related to the governments of Japan and the United States who are involved in measures against infectious diseases and terrorism met secretly in Hawaii in April 2019, where they exchanged views on measures to deal with bioterrorism if it were to occur at the Tokyo Olympics.

The smallpox virus is more infectious than the novel coronavirus, and the mortality rate from variola is said to be as high as 30% if people who have not been vaccinated against the disease are infected. In 1980, the World Health Organization declared that smallpox had been eradicated globally and that possession of the variola virus was prohibited, except for two research institutes, one in the United States and the other in Russia. Yet, it has repeatedly been said that North Korea and China have secret stores of the virus.

“North Korea sends operatives infected with the smallpox virus to Japan to spread the infection” — this kind of scenario for a biological attack, which experts have feared could occur, is by no means absurd.

Personnel of the NBC (nuclear, biological and chemical) Countermeasure Medical Unit of the Ground Self-Defense Force were dispatched to deal with mass infections with the novel coronavius on the Diamond Princess cruise ship quarantined at a port in Yokohama. They fulfilled their tasks with no personnel becoming infected, demonstrating their high ability to deal with contagious diseases.

But there is no telling whether something is a biological attack at the time such an incident occurs. Private-sector hospitals are expected to treat patients, and in order to contain the spread of infections, it is vital for measures to be implemented, with the central and prefectural governments directing all-out efforts.

When it comes to measures to deal with infectious diseases, however, the central government has not conducted any drills on as full a scale as it has with natural disaster drills, with all the Cabinet members taking part.

Regarding a bioterror attack using the smallpox virus, there are few currently active doctors who have diagnosed smallpox. As one expert said: “There would be only a few doctors capable of diagnosing smallpox just from a patient’s symptoms. You’d have an already grave situation, with many lives already lost, by the time smallpox was identified.”

Tadao Inoue, a former commander of the GSDF Chemical School, voiced his concerns, saying: “Biological weapons would have an impact on a national scale.

They are strategic weapons on a level equivalent to nuclear weapons. Countermeasures should be worked out swiftly.”