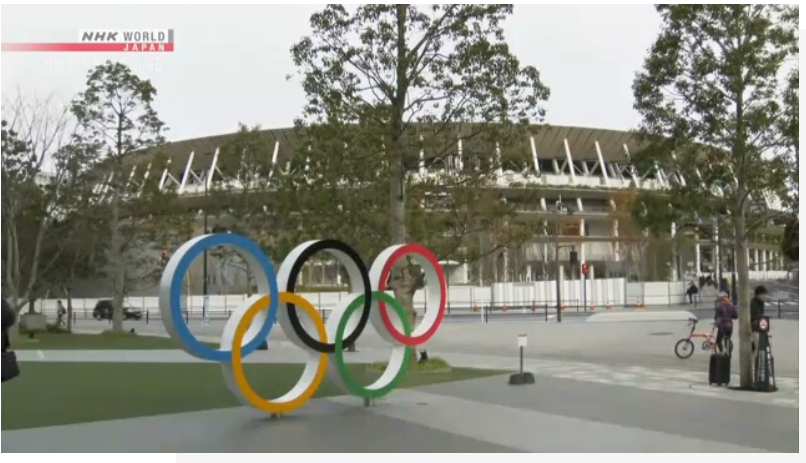 More than 60 percent of the volunteers for the postponed 2020 Tokyo Olympics and Paralympics are worried or anxious about the impact of the coronavirus pandemic on the Games.

The organizing committee of the Games conducted a survey this month of volunteers who will be working mainly at event sites.

About 80,000 people have signed up but their training has been postponed.

Around 26,000 of them responded to the survey which allowed multiple answers for each question.

Asked what their main causes of worry or anxiety about the Games were, 66.8 percent said they were how the pandemic will affect the format of the event and how infection preventive measures will be carried out during the Games.

Thirty-four percent also said that they did not have much opportunity to know about their work because their training had been postponed.

Some commented that they were worried about the risk of infection when they work as volunteers. Others mentioned uncertainty over whether the Games will actually be held.

On Thursday, the organizing committee began asking volunteers if they still want to work at the rescheduled Games.

The committee plans to begin training the volunteers next April after reviewing infection preventive measures with the national and Tokyo Metropolitan governments.