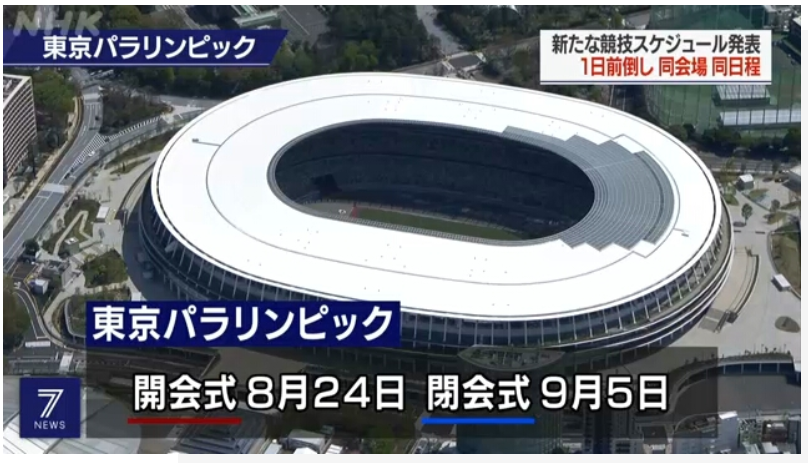 The organizers of the Tokyo Paralympics on Monday announced the competition schedule for the postponed Games. A few adjustments were made to the timing of some sports, but they were able to secure the same venues that had been planned for this year.

The Paralympics will run for 13 days, from August 24, 2021, one day earlier than the start planned for this year. Athletes from around the world will compete in 539 events across 22 sports.

Track-and-field events will run from August 27 to September 4.

Badminton, a new sport for the Paralympics, will be held at the Yoyogi National Gymnasium from September 1 to 5.

Wheelchair rugby will also be held at the Yoyogi venue from August 25 to 29.

Eighteen of the 22 sports will finish by 10 p.m. out of consideration for the children who will watch the events.