There are no minimalists in the time of coronavirus 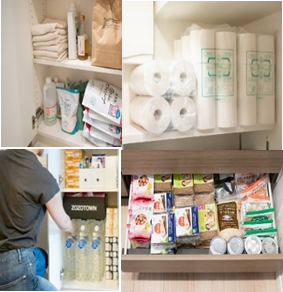 Friends of lifestyle blogger Memiko Nagaoka were shocked to discover that the cupboards in her Saitama apartment were chock full of food, hand sanitizer, bottled water, and toilet paper. They found out when the 34-year-old housewife posted on her blog photos of all her emergency supplies. Since Memiko used to only hold onto specially selected items and get rid of everything else in pursuit of a stress-free lifestyle, her friends felt like she‘d morphed into a different person during the de facto COVID-19 lockdown. She even changed her blog title to ”Memiko Stops Being a Minimalist” amid the unprecedented public health crisis. 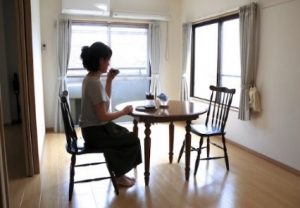 The COVID-19 outbreak has reportedly had profound effects on people’s mindsets and lifestyles (Yahoo! Japan – 5/29). The minimalism practiced for the past decade or so by people like Memiko, who ardently practiced “danshari”— getting rid of everything other than your immediate needs in order to feel happier and more empowered — is now a thing of the past. Years ago, Memiko became a staunch minimalist, selling two cars, a spacious home in an affluent suburb, a widescreen TV, piles of clothes, and a slew of other things to move into a modest, two-room apartment with her husband and two small children. In lieu of going to shopping centers to buy food and browse for other items, she signed up for a weekly grocery delivery service. She felt so good about seeing her nearly empty fridge a day before the delivery that she decided to launch her own blog to share the joy of decluttering. She titled the blog: “A Housewife’s Unwavering Commitment to Minimalism.”

However, she began to second guess her quest for a life of simplicity when she witnessed people stacking supplies of face masks, instant noodles, bottled water, and toilet paper in their shopping carts. The run on groceries was a wake-up call to the risk of depending on products or services that might not be available in an emergency.

“I was afraid that products like masks and hand sanitizer would disappear from store shelves,” Memiko recalls. “I’d thought things would always be available and regarded the neighborhood convenience store as my fridge and pantry. It turned out I was wrong. I realized that I need to be ready to support and protect myself and my family.” She now has a large cupboard dedicated to food, medicine, and other supplies. “When I look in the drawer every day, I think about what else I need to stock up on,” she writes on her blog. “An empty fridge doesn’t make me happy at all; it frightens me.” 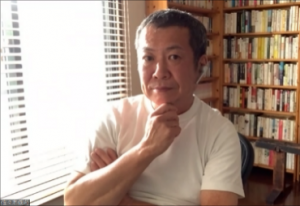 According to freelance reporter Toshinao Sasaki (right), the hoarding spree of 2020 pushed many minimalists to ponder preparedness for a crisis. In his contribution to Weekly Bunshun online (4/13), “Minimalists Out, Preppers In,” he called converts like Memiko “preppers”— people who plan ahead and take comfort in having enough supplies to weather a storm. “Preppers used to be looked upon as freaks who went to extreme lengths to prepare for the worst. But when I saw people rushing to AEON or 7-Eleven to scoop up necessities during the virus outbreak, I concluded that preppers were perhaps better equipped to deal with times of uncertainty. More people are apparently recognizing the need for preparedness.” 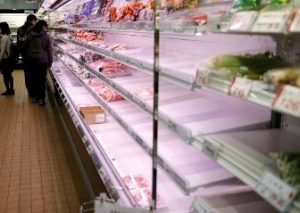 Yahoo! Japan also detected the emergence of “Minimalists 2.0,” saying that these “revisionists” still uphold the practice of eschewing material possessions, with the exception of daily necessities, such as food, water, and medicine in preparation for months of isolation. “I still consider myself a minimalist, but I’ve decided to keep enough emergency rations on hand so I don’t have to worry if I’m forced to stay home for a long time or during a mass evacuation in the event of a major earthquake under the pandemic,” says Ofumi Maruyama. She emphasizes that because she was once a minimalist, she was able to make space in her cupboards for two months’ worth of food and water, N95 masks, household medicines, and more. 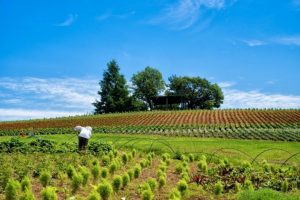 Sasaki explained that although minimalists appear to be antithetical to preppers, the two groups actually have one goal in common—becoming self-reliant to mitigate risks in life. “Prepping, at its core, is about self-reliance,” he said. “It’s important to keep a certain amount of emergency supplies on hand and have a plan in case things go awry.” The writer notes that since the 2011 Great East Japan Earthquake, he has been practicing a combination of minimalism and survivalism, which he insists is the ideal lifestyle in the era of the pandemic. He maintains three modest residences—one in Tokyo, one in Eastern Japan, and one in Western Japan—that are each stocked with food and water and a bag of daily necessities such as clothes, a toothbrush, and a towel. He travels between the three locations as his work demands, carrying all his worldly possessions, including a laptop computer and a smartphone, in a backpack. He says he chose this frugal lifestyle to avoid “putting all his eggs in one basket,” pointing out that homes in the countryside are more affordable because of cheap land prices. He adds that governments in some rural areas, in a bid to lure young urbanites, provide robust telecommunications infrastructure to enable remote work.