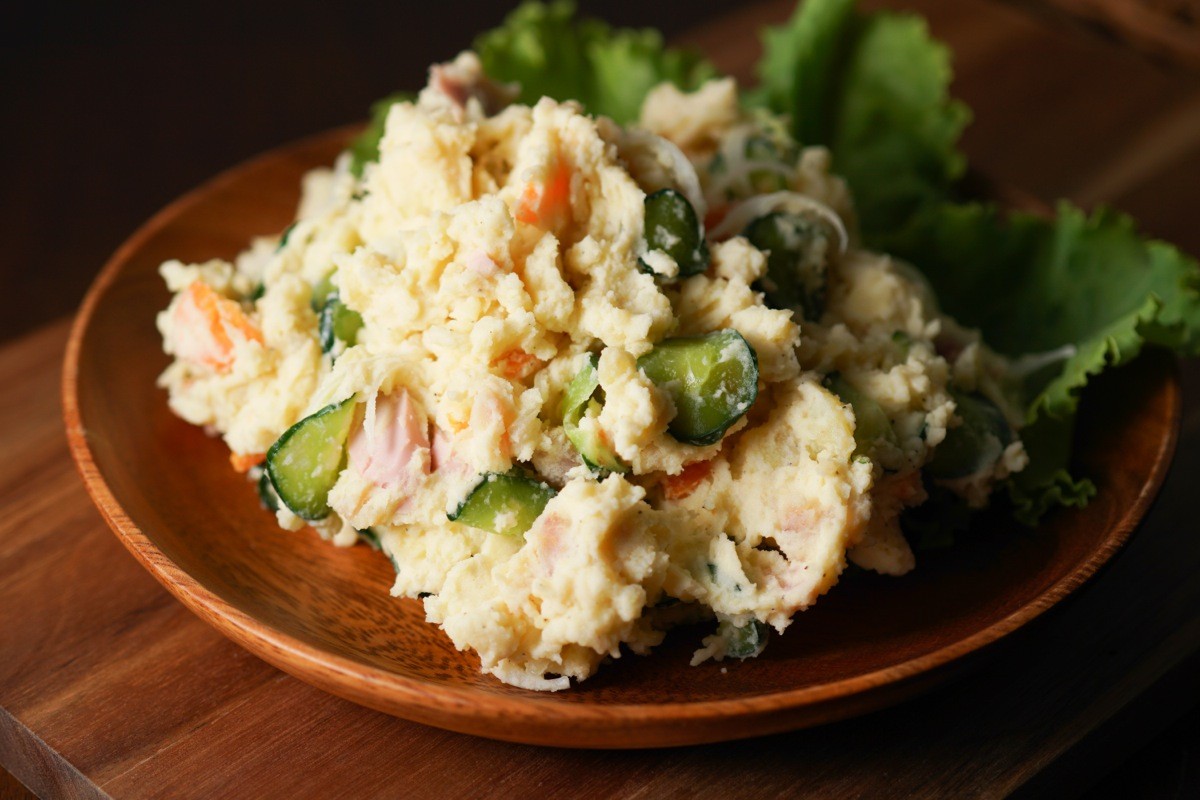 Have you ever tried to make classic Japanese potato salad? If you have, you’ll understand that it’s fairly time consuming. It’s one of those dishes that looks simple, but actually requires a lot of prep work. You need to peel, boil, and mash the potatoes, slice the onions, slice and salt the cucumbers, peel and slice the carrots, boil and chop the eggs, chop the ham, and then, finally, mix all the ingredients together with mayonnaise and seasonings. A tweet about this classic dish posted by someone named Mitsubachi (@mitsu_bachi_bee) on July 8 has created quite a buzz, receiving more than 132,000 retweets and nearly 390,000 likes as of July 20. Mitsubachi tweeted: “I heard a voice saying: ‘Why don’t you make the potato salad yourself if you’re a mother?’ When I turned around in shock, I saw an elderly man along with a woman with an infant in front of the prepared food section. The man left the scene, but the woman was left standing with her head down, holding the salad in her hand. I grabbed my daughter and bought some potato salad in front of the woman. I bought two packages while telling her in my mind that it was okay.” 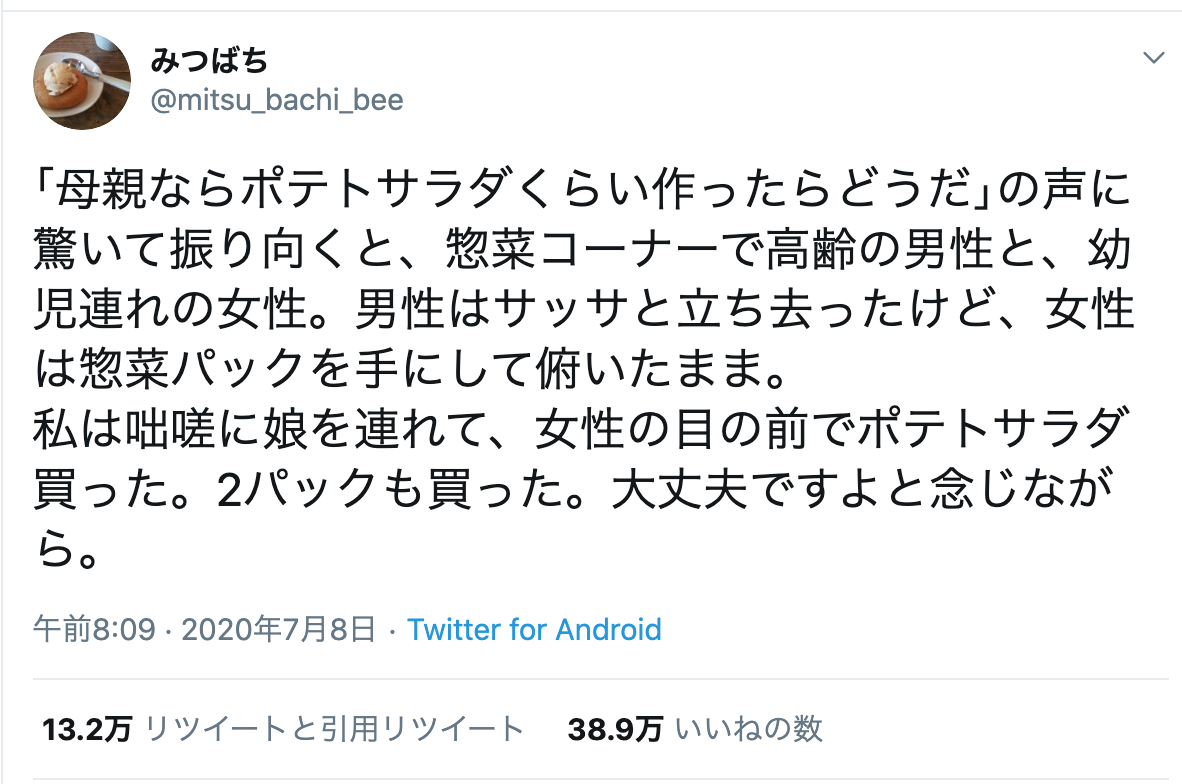 Although it is impossible to verify whether this incident actually happened, the tweet prompted tens of thousands of Twitter users to respond, many expressing sympathy for the woman and anger toward the elderly man. TV infotainment shows also took up the tweet and its repercussions on social media, calling it the “potato salad controversy.” One person tweeted: “This man has never made potato salad before. He doesn’t understand how much time and effort it requires to make. If he knew, he would never have said such a thing to a stranger.” Another tweeted: “Saying such a thing to a woman with an infant clearly shows this old man has never been involved in rearing children.” 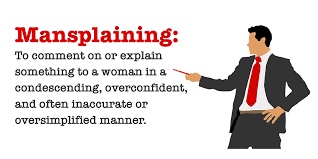 Mainichi (7/10) wrote that one of the reasons the tweet prompted a lot of reactions is because many Japanese women have similar experiences. One woman wrote: “When I was taking my child for a walk, an elderly man who passed by told me not to put jeans on a baby because ‘statistically, such babies will grow up to have bad manners.’ I had no idea jeans had such magical powers. Who would track such insane statistics anyway?” Another mother tweeted: “When I was quietly reading a book to my daughter at a hospital, an elderly man told me to ‘read loud and clear’ and that ‘parents are responsible for properly teaching children language.’” The paper wrote that it is not unusual for mothers to be scolded by men who are total strangers, referring to this as “mansplaining.” Meiji University Professor Yuiko Fujita, who is also a mother, tweeted: “Some people responded to the [potato salad] tweet, asking, ‘Is it common to see this kind of misogyny in our daily lives?’ Yes, it is…. Since I was a teenager, I’ve been yelled at and verbally abused by male passersby. Just last one I was with my son when a man passed by and said, ‘Good for you that you gave birth to a son.’ I was stunned.”

Many people also reacted sharply to the “if you’re a mother” part of the potato salad tweet. One person wrote: “Mom’s home cooking is just one form of love, but it doesn’t measure your worth as a mother.” Another person tweeted: “This silent pressure on mothers and wives, making them think they need to prepare meals and ‘bentos’ from scratch if they really love their children, is wrong.” Meiji University Professor Fujita, who has interviewed mothers about preparing meals, told the paper: “There aren’t many fathers who make dinner on weekdays in Japan. There’s a strong belief in Japan that mothers have to prepare proper meals. Many mothers feel guilty for not cooking properly if they heat up frozen food and put it on the table. But every household has its own set of circumstances, and not everybody is able to prepare homemade meals. 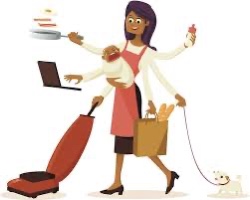 ‘Homemade’ is not something mothers have to do at the expense of their health.” A food writer tweeted: “There’s so much silent pressure on ‘how mothers should behave’ in this world. Potato salad is just the tip of the iceberg.”

Mainichi wrote in a separate article (7/14) that people in Japan used to joke that housework comes “with three free meals and a nap” and had not been even regarded as labor for a long time. The paper opined that what lies beneath the tendency of some elderly men to lash out at wives and mothers who “can’t even do house chores properly” is their misogynistic views. The notion that women are inferior is a persistent undercurrent in Japanese society, the paper claimed. Indeed, Japan recorded the second highest gender wage gap after South Korea in OECD data for 2019. And in the World Economic Forum’s Global Gender Gap Report 2020, Japan ranked 121st out of 153 countries. In political representation, Japan ranked 144th. Although a headquarters “to create a society where women shine” was established inside the Kantei, there are only three female cabinet ministers in the current administration.