With all eyes on “museum girl,” campaign ends amidst accusations of gender discrimination 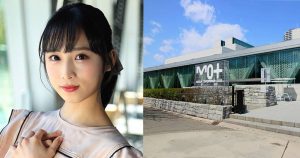 The Yomiuri Shimbun, the largest newspaper in the world, and the Japan Association of Art Museums, comprising 150 public museums around the country, launched a joint online campaign called “Bijutsukan Joshi” (Museum Girls) on June 12. However, they pulled the plug on the campaign a week later in response to a barrage of criticism, mainly online. The project was intended to inspire young people in particular to visit museums by highlighting great works of art throughout Japan, but it was lambasted for what many perceived as gender discrimination. 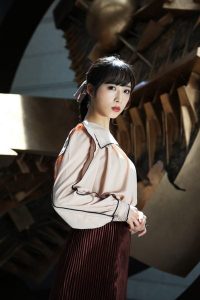 The organizer posted on the campaign website photos of a member of the girls’ pop group AKB48 in front of various works of art. But instead of looking at the art, she was posing for the camera. The photo caption read: “I rarely visit museums. I know little about art. Art is difficult for me to understand… Girls are crazy about finding picture-perfect sites for Instagram. Museums are the perfect place to take photos for Instagram.” Critics of the campaign argued that the photos showed no respect for the art because they were apparently taken through the eyes of “someone who appreciates young women” rather than art, and did not show works of art in their entirety. The critics said they were made uncomfortable by what they saw as the discriminatory nature of a project that presented young women as being ignorant about art. 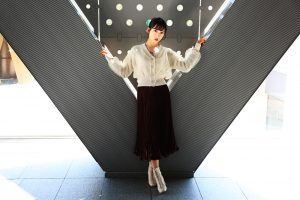 Asahi (6/30) quoted an art critic as saying: “People may have reacted strongly because they sensed an underlying prejudice toward young women in the project.” The critic also said she felt uncomfortable with the name of the project, “Bijutsukan Joshi.” The term “joshi” (girl) is often used to describe young women who excel in male-dominant fields, such as “Rikei Joshi,” or “Rikejo” — women in the fields of science, technology, engineering, and mathematics. The use of the word “joshi” is based on the presumption that women are not cut out for certain professions. The critic said the organizer’s stereotyping of women as ignorant about art was off the mark because women account for an overwhelming majority of museumgoers. Another art critic told the Tokyo Shimbun (7/8) that the gender imbalance in art circles is problematic, pointing out that although most museum curators in Japan are women, most museum directors and college-level art teachers in the country are men.

Expressing the view that Japanese society has historically treated young women as people who are ignorant, Otsuma Women’s University Professor Toko Tanaka told Asahi that the public probably reacted strongly to the “Bijutsukan Joshi” campaign because of the growing awareness of gender bias in Japanese society. Writer Keiko Kojima argued that the campaign was a product of the lack of gender balance and diversity in the workforces of Japanese media outlets, as women only account for about 20% of reporters in Japan.

Meanwhile, Nihon University College of Art Professor Futoshi Koga speculated that the “Bijutsukan Joshi” project demonstrated Yomiuri’s desperate effort to attract visitors to museums. He said that although major newspaper companies in Japan have traditionally sponsored major art exhibitions as part of their cultural activities, they are struggling to earn profits this year because they were forced to cancel or postpone their exhibitions due to the COVID-19 outbreak. The National Museum of Western Art in Tokyo, in partnership with the Yomiuri Shimbun, had planned to present masterpieces from the National Gallery in London from March through June 2020, but had to change the schedule to June through October.