TOKYO — Chinese loans to 68 heavily indebted developing countries doubled in the four years through the end of 2018, virtually matching the amount of World Bank lending to the same nations and giving Beijing greater global sway.

The lending also puts the developing countries at greater risk of falling into what is seen as a debt trap that would bind them to China’s foreign policy goals, diplomatic initiatives and infrastructure drives.

China’s global influence, already powerful, is growing stronger among developing countries, many of which now rely on Beijing for help in fighting the novel coronavirus.

China’s total balance of lending to these nations reached $101.7 billion in 2018, data the country disclosed recently to the World Bank shows. The World Bank’s lending balance to the same countries stood at $103.7 billion. Beijing’s loan balance rose by 90% in the four years, compared with 40% for the World Bank and 10% for the International Monetary Fund. 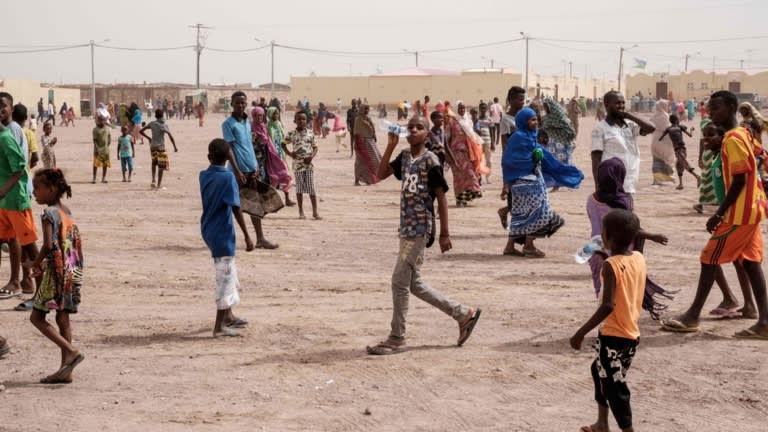 Of the 68 countries, 26 had debt to China surpassing 5% of their gross domestic product. The potential influence from such debt was reflected at the United Nations Commission on Human Rights, as 14 of these nations supported the Hong Kong national security law that Beijing imposed in June.

In addition, 14 of the countries had debt to China equivalent to over 10% of their GDP. In the African nation of Djibouti, debt to China reached 39% of GDP.

Chinese loans carry high interest rates that, based on the midterm average debt balance, average 3.5% despite relatively short loan periods. The rate compares with the IMF’s 0.6% and World Bank’s 1%.

But developing countries often choose expensive Chinese loans because the money does not come with terms such as fiscal discipline requirements mandated by other lenders.

Western countries have voiced concern about China using such lending to ensnare emerging economies in debt traps. Sri Lanka handed over the port of Hambantota to China on a 99-year lease in 2017 after struggling to pay debts incurred from its construction.

Some countries are diversifying borrowing sources to avoid relying totally on Beijing. Angola, in southwestern Africa, has received $3.7 billion in financing from the IMF. But the World Bank and IMF worry that loans to developing nations may simply be used to repay debts owed to China.

The coronavirus pandemic has brought the debt problem into the spotlight, as concerns mount about debt-laden countries cutting back spending on public health, leaving them more susceptible to surges in cases.

Finance ministers and central bankers from the Group of 20 leading economies agreed in April on a program to suspend debt repayment by poor countries — including the 68 developing nations with large loans to China — many of which are small and heavily indebted. Beijing has apparently gone along with the program, seeing the impact of temporary forbearance, along with greater transparency, as minimal.

The G-20 is continuing the initiative, and there has even been discussion of debt forgiveness. The Paris Club, a group of mainly Western creditor nations, has stepped up in past crises to create frameworks for bailing out emerging countries. But no such discussions can move forward now without China.

Beijing is using its lending to help internationalize the yuan. The Eurasia Group, an American think tank, notes proposals within China to developing countries to roll over dollar-denominated loans from the U.S. into yuan loans in exchange for partial forgiveness.