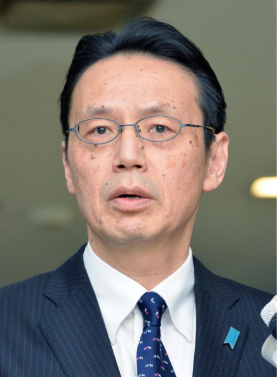 The government has decided to appoint former Senior Deputy Minister for Foreign Affairs Kenji Kanasugi, 60, of the Ministry of Foreign Affairs, as the next ambassador to Indonesia. If Indonesia agrees, the Cabinet will make a formal decision to replace Ambassador Masafumi Ishii, 62, with Kanasugi.

After joining the Ministry of Foreign Affairs in 1983, Mr. Kanasugi served in a number of positions, including director of the Second North America Division, minister to the ROK, director general of the Economic Affairs Bureau, and director general of the Asian and Oceanian Affairs Bureau. He was instrumental in the official visit to China by Prime Minister Shinzo Abe in October 2018 — the first visit by a Japanese Prime Minister in seven years. He also supported Japan’s Asian diplomacy by holding discussions with South Korea during a period of deteriorating bilateral relations. Most recently, Mr. Kanasugi served as senior deputy minister for foreign affairs in charge of economic affairs and coordinated on the G7 summit.

Indonesia is a central member of the Association of Southeast Asian Nations (ASEAN) and is increasingly at odds with China over the South China Sea issue. From the perspective of the “free and open Indo-Pacific” initiative, the government considers further strengthening the relationship with Indonesia essential.