Can Tokyo replace Hong Kong as financial center for Asia? 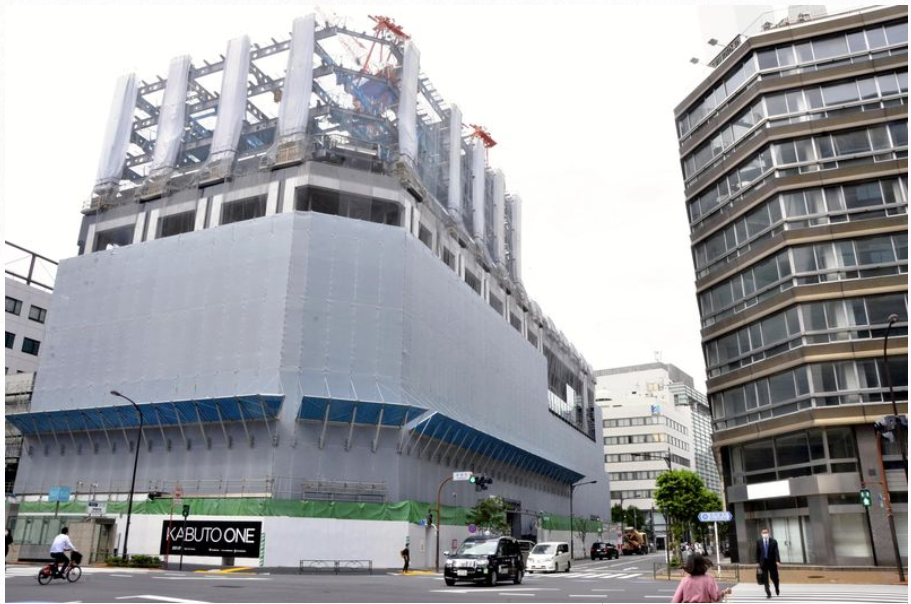 The Yomiuri Shimbun / A new office building is under construction in the Nihombashi Kabutocho district in Chuo Ward, Tokyo, on July 30.

With the enforcement of a national security law to counter anti-establishment activities in Hong Kong, attention is being focused on whether Tokyo can establish itself as Asia’s financial center. Behind this is an accelerating trend of corporations and personnel in the financial sector leaving Hong Kong as a result of the law coming into force.

As many countries and regions are watching Hong Kong closely, there is even the possibility of an intensifying international rivalry over attracting such workers and corporations.

“We have been considering our going to Tokyo for two years, since street protests took off in Hong Kong. The enforcement of the national security law has made our planned move doubly sure.” So said a senior official of an investment management company in Hong Kong, which decided in July to establish a foothold in central Tokyo.

Hong Kong has developed as a financial city, but there is growing speculation that economic activities will be restricted with the enforcement of the national security law. The official complained that “it has become difficult to draw the best and brightest to Hong Kong.”

His company has decided to transfer its base to Tokyo, as it has a well-developed living environment and is close to other major cities in Asia, making it easier to attract personnel familiar with Japanese and Asian stocks.

According to the Global Financial Centres Index, issued in March by British think tank Z/Yen Group Ltd., Tokyo moved up to third place from sixth last September, surpassing Hong Kong and Shanghai. According to the Organization of Global Financial City Tokyo, which promotes activities to attract foreign workers to Tokyo, there has been an increase in inquiries from Hong Kong-based European and U.S. asset management firms concerning their possible relocation to Tokyo.

Seizing on such favorable indications for Japan, the political circle sprang into action.

The ruling Liberal Democratic Party set up a project team in July under its special committee on foreign workers, to promote the acceptance of highly skilled workers from abroad in the financial sector. It plans to compile a proposal in September, including tax system reform, by discussing such issues as preferential visa treatment and improvement of the educational environment for their children.

Satsuki Katayama, chair of the special committee, emphasized during a meeting held in late July, “It is time to strengthen Japan’s role as an international financial center.” During a press conference following a Cabinet meeting on Aug. 4, Finance Minister Taro Aso said: “It is only natural [for workers and companies in the financial sector] to start relocating themselves should Hong Kong become unsteady. Japan also needs to respond to such moves with a strong awareness of its being a financial hub.”

As Britain withdrew from the European Union at the end of January, there is a possibility that the country may no longer be covered by the so-called “banking passport system,” under which companies established in any European Economic Area (EEA) member state have access to the single market for financial services under single passport rights. As financial institutions have already relocated to other countries, including the Netherlands, Britain apparently intends to halt its decline as a financial center.

When Hong Kongers working in financial services relocate abroad, many would choose Singapore as their first destination. As there are plenty of financial institutions with branches in both Hong Kong and Singapore, it is said to be easier for them to change jobs. The fact that they can use both English and Chinese is also a big reason.

On the other hand, there are some who feel the attraction of Japan. A 26-year-old man who is engaged in finance-related research work at a university in Hong Kong said, “Japan has the appeal of its culture and living environment, and I would like to work in Japan where there would be no discrimination against Asian people, like there is in Europe and North America.”

However, he added that he has an impression that it would be hard to be understood in English and that there would be many rules and regulations within Japanese companies. He then voiced his concern that “it may take some time for foreigners to adapt.”

An official at a personnel mediating agency that assists those in the financial sector in Hong Kong to change jobs said: “It’s true that among people in Hong Kong, there are many who like Japan. If preferential treatment were offered, such as in income tax rates and visas, we believe job offers with favorable conditions could arise, so we would like to vigorously help them find jobs in Japan.”