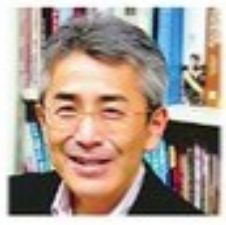 By Yujin Yaguchi, professor of American studies at the University of Tokyo

If Joe Biden wins the next presidential election, Kamala Harris will be the first female vice president, the first black vice president with a Jamaican father, and the first Asian vice president with an Indian mother. Her nomination will make history in many ways. Symbolically, she will also clearly indicate [Biden’s] contrast with the administration of President Donald Trump (which draws on a white support base).

Harris’s selection is largely attributable to the Black Lives Matter (BLM) movement, which seeks to end racial discrimination against black people. Harris may have been picked because protests over the inferior treatment given to black people in society have developed to such a large scale.

Having a female black vice president, however, will not necessarily enable the U.S. to resolve its problems of race and women’s human rights. When Barack Obama won the presidency, some people said, “The race problem has been resolved,” but that did not happen. If Harris wants more than the vice presidency and runs in the next or another subsequent presidential race, that will likely provoke a backlash. Her vice presidency, however, is sure to spark off discussions about achieving social justice for racial minorities, something sought by the BLM movement, and resolving structural discrimination against women. Harris may become a symbol of the end of injustice toward minorities. (Interview conducted by Tamami Kawakami)