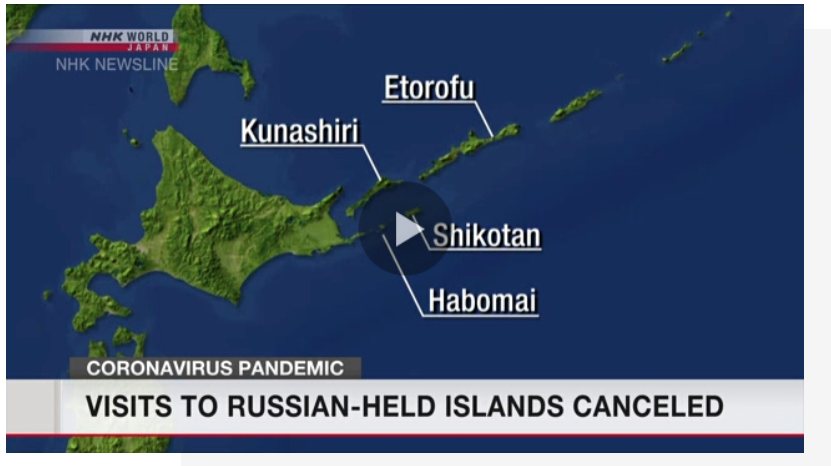 An annual program for former residents of Russian-held islands and their families to visit the islands without visas was canceled this year due to the coronavirus pandemic.

The Cabinet Office said all nine visits by sea originally scheduled for May through September have been canceled.

Every year since 1992, Japanese citizens who lived on the four islands before they were occupied by the former Soviet Union after World War Two have been allowed to return for visits there without visas. The visits are part of a mutual exchange program.

Miyauchi Ryoichi, a senior member of a former residents’ group, expressed deep regret over the cancellation.

He said he hopes both bilateral diplomatic negotiations and the program will be resumed once the virus outbreak is contained.

Hokkaido Prefecture in northern Japan is studying an alternative plan for the former residents. Arrangements are now being made to allow them to view the islands on chartered flights.

The Japanese government maintains the four islands are an inherent part of Japan’s territory. It says the islands were illegally occupied after World War Two.