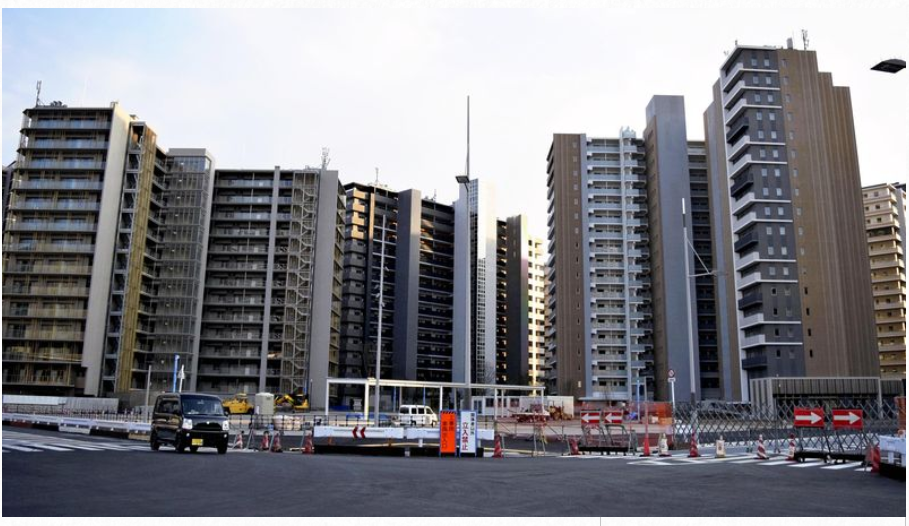 Yomiuri Shimbun file photo / Accommodations at the athletes’ village for the Tokyo Games are seen in Tokyo on March 23.

As precautions against the spread of coronavirus infections during the Tokyo Olympics and Paralympics next summer, the government is considering restricting the activities of foreign athletes in Japan and having them take PCR (polymerase chain reaction) tests repeatedly before and during the Games, sources have told The Yomiuri Shimbun.

Although the government hopes these measures will prevent the virus from spreading among athletes, the municipalities of some “host towns” that will welcome foreign athletes for training camps before the Games, have expressed confused feelings.

On Aug. 6, two World Athletics representatives, including the chairman of the medical affairs committee, arrived at Haneda Airport to conduct an on-site inspection of the Olympic marathon course in Sapporo. Their departure point was France, from which visitors are currently refused entry to Japan.

The government approved the representatives’ entry to facilitate the Olympics, but requested they take PCR tests, which were negative, before their departure.

They were also tested at Haneda Airport where results came back negative, again.

Arrangements were made so they did not have to interact with other passengers on their flight to New Chitose Airport in Hokkaido, and during their stay, a car was dedicated for transportation. Also, officials of the Tokyo Games organizing committee accompanied them on outings so that they did not have to engage with locals.

According to an official related to the Games, the special approval and subsequent precautions were made to prepare for visiting athletes participating in the Tokyo Games. PCR tests before and after arrival, and transfers directly to host town municipalities by chartered bus are being considered for Games-related visitors.

Participating athletes will be asked not to visit downtown areas for shopping and eating out for about two weeks, which is considered to be an incubation period for the virus. They will be tested for the virus regularly and driven back and forth between their lodgings and training facilities and other limited locations. There is also a proposal for a limited amount of people, who will also have PCR tests, to take care of the athletes.

One of the reasons for these meticulous precautions is to prevent infection clusters in the athletes’ village in Tokyo, which will accommodate about 18,000. If infections spread among athletes, it could jeopardize the Games. To avoid this risk, athletes will not be allowed to enter the village until just before their event, and their stays at the village will be made as short as possible.

If someone in a host town municipality is found to be positive, a hospital will be needed to treat the patient, as well as another training facility for its guest athletes. In view of this, it is essential to obtain the municipalities’ understanding; the government will soon begin to provide explanations and seek the cooperation of municipalities near host towns to proceed with the plan.

The program was designed to enhance public enthusiasm for the Tokyo Games and for host towns to build relationships with guest athletes and their countries or territories.

In the program, cities, towns and villages will accept foreign athletes and Games-related visitors — one country or territory per municipality — before and after the Olympics. Registration for the program began in 2016 with 498 municipalities deciding to host athletes from 171 countries and territories. In addition to serving as pre-Games training camp sites, the program also includes a post-Games activity, in which foreign athletes visit their host towns after the Games.

There is also an event titled “Thank you for supporting our reconstruction,” in which municipalities host people from countries and territories that provided support after the Great East Japan Earthquake in 2011.

“It would be bad if our citizens gave foreign athletes the coronavirus before they compete in the Games,” said an official of a municipality in the Kanto region, which is scheduled to host a foreign track-and-field medal contender. “But I’m not sure if we are able to be enthusiastic about the Games when interaction with foreign athletes is so restricted.”

An official of Hachioji, which has been chosen as a pre-Games camp site in Tokyo for the U.S. sport climbing team, said, “It may be difficult for us to accept athletes depending on the situation next summer. Interacting with foreign athletes is important, but we have to give top priority to the safety of our citizens.”

Yaizu, Shizuoka Prefecture, hosted Mongolian track-and-field Paralympians for a four-month training camp until June. An official of the municipal government’s sports department said: “Providing thorough measures to prevent infection is also a form of hospitality. Once we build ties with foreign athletes, our relationship will continue even after the virus is contained.”