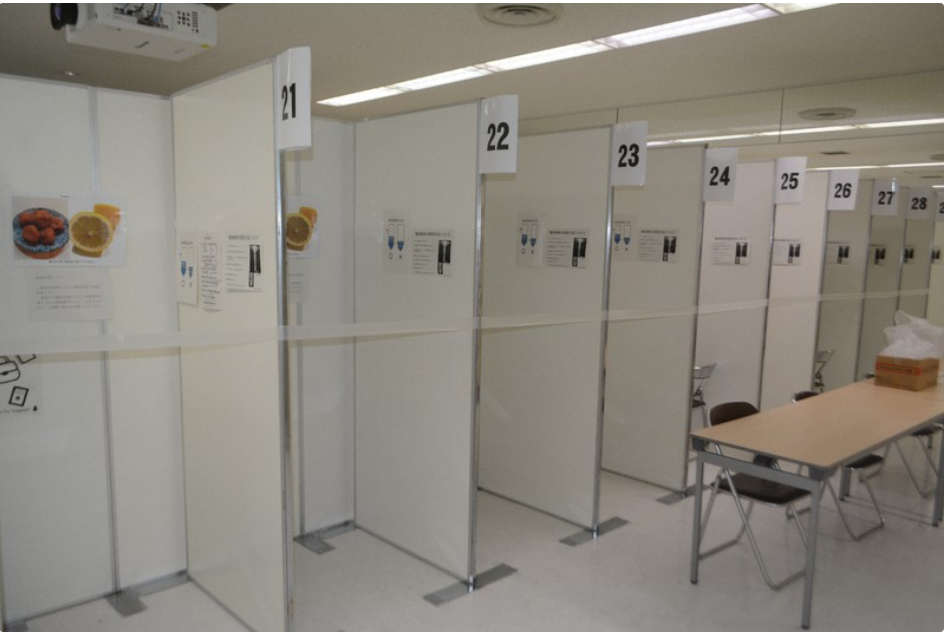 A booth set up to conduct antigen tests in the quarantine station at Narita International Airport in Chiba Prefecture is seen in this photo taken on Aug. 17, 2020. (Mainichi/Tadakazu Nakamura)

TOKYO — The Japanese government announced on Aug. 28 that it aims to boost its novel coronavirus testing capacity to around 200,000 tests per day in preparation for the arrival of seasonal influenza under a new package of virus countermeasures.

Japan’s current daily testing capacity for the novel coronavirus stands at around 59,000 tests. The national government aims to raise the number of tests conducted in a day to approximately 200,000 by greatly expanding the use of simple antigen test kits, among other measures. In the event that a large number of infections or a cluster of infections is detected, the government will ask prefectural governments to regularly test those who work in medical institutions and facilities providing care to elderly people, as well as hospitalized patients.

Countermeasures based on the infectious diseases control law will be reviewed flexibly so that medical resources can be directed to patients with severe symptoms. The central government plans to hold further discussions focusing on hospitalization advisories for infected individuals with no symptoms, among other issues. Furthermore, a system to dispatch public health nurses and other support staff across prefectural borders will be established.

The new package additionally sets a target of securing enough vaccines for all residents in Japan by the first half of 2021. The government has in fact already secured vaccines for 140 million people. This includes vaccines for 20 million individuals to be supplied by U.S. pharmaceutical company Moderna Inc.

However, many policies in the new package resemble those that are already established.

“The package has merely scraped together existing policies and upgraded them,” said one source close to the government.

Moreover, the outlook for virus countermeasures is unclear due to the sudden decision of Prime Minister Shinzo Abe to step down from his post. The national government’s expert advisory subcommittee to counter the novel coronavirus had planned to hold a meeting at the beginning of next week, but it is expected that this will be postponed following Abe’s Aug. 28 announcement of his intention to resign. Noting that the package includes policies led by the Abe administration, one senior official commented, “It’s likely that significant decisions will not be able to be made until a new prime minister is selected.”

An expert on infectious diseases who is a member of the advisory subcommittee said, “In order to carry on countermeasures seen to date, I don’t want any upcoming measures to be influenced by the departure or arrival of prime ministers.”

The Ministry of Health, Labor and Welfare has separately revealed a plan to extend its period for giving out employment adjustment subsidies, which help employers cover the wages of furloughed workers, by three months, to the end of December.

Regarding the system providing subsidies to companies to cover the salaries of parents who took leave to look after their children while schools were temporarily closed, the ministry also announced that it will push back the coverage period, allowing parents to take time off work until the end of December. A subsidy system paying up to 1 million yen to companies that had pregnant workers take paid leave has also been similarly extended until the end of the year.