TOKYO — Chief Cabinet Secretary Yoshihide Suga, the powerful right-hand man to Prime Minister Shinzo Abe, has quickly emerged as the front-runner in the race to succeed him after Abe gave a silent nod to Suga’s candidacy.

Suga, who has supported Abe since he returned to power in 2012, is well-positioned to make the case for his leadership by promising the continuation of current economic policy and measures against the coronavirus.

He is expected to announce his candidacy for the ruling Liberal Democratic Party’s presidency as early as Tuesday. The Hosoda and Aso factions, the LDP’s largest and the second-largest groups, both decided to rally behind Suga.

The winner of the presidential race, slated for mid-September, will become Japan’s next prime minister by virtue of the ruling coalition’s majority in both houses of the Diet.

Support for Suga gained momentum within the party after Abe and his trusted deputy, Finance Minister Taro Aso, signaled their backing. Until around spring, both Abe and Aso saw former Foreign Minister Fumio Kishida as the most likely successor. But sensing a shift in the tide, LDP heavyweights quickly followed to ensure that they did not end up backing a loser.

Abe’s intentions became clear after he declined to endorse Kishida, who is also expected to throw his hat in the ring.

Kishida met with Aso on Sunday in hopes of securing his backing. But Aso’s answer was not exactly what he wanted. “Our faction’s policy is to move in lockstep with the prime minister,” Aso told Kishida.

Kishida subsequently met with Abe for 20 minutes the next day. “I would like to ask for your support,” Kishida told Abe.

“Given my position, I plan to refrain from giving individual names,” Abe replied, declining to give a straight answer.

Immediately after that meeting, Aso summoned officials from his faction to confirm that they would be backing Suga, sending a clear message that this is Abe’s choice. 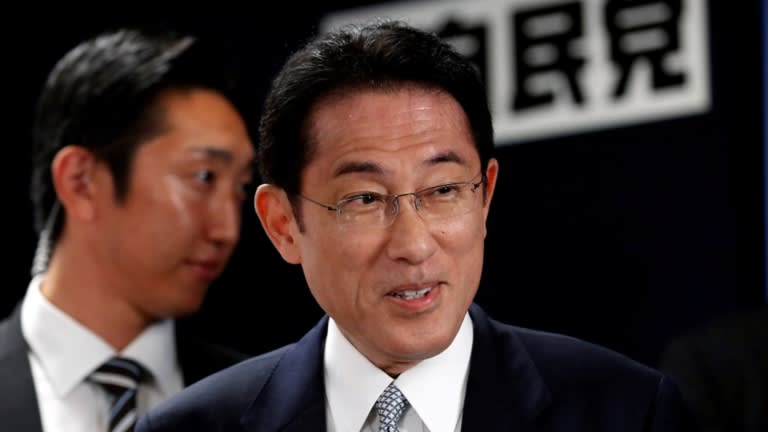 The Liberal Democratic Party’s policy chief, Fumio Kishida, has not been able to receive Abe’s backing for his candidacy.   © Reuters

“In his heart of hearts, Abe wants Suga,” a member of the Kishida faction said.

“The next prime minister must carry on with Prime Minister Abe’s policy and respond to the coronavirus,” Hiroyuki Hosoda, who leads the party’s top faction, said.

“We want to bet on the winning horse,” a member of the faction said. “We hope that Suga gains momentum.”

LDP Secretary-General Toshihiro Nikai, who leads another key party faction, had promised his support to Suga as well on Saturday should the latter decide to run. “Let’s both keep working hard to deal with this situation,” Nikai told Suga, suggesting their continued cooperation amid the coronavirus pandemic.

Other factions, as well as unaffiliated politicians, are also leaning toward Suga.

These LDP factions are not monoliths, and their members could support a different candidate from their leaders’ choices. Some in the Aso faction want to side with Defense Minister Taro Kono, who has expressed interest in the race, for example. Still, having the support of three key factions that have historically backed Abe will give Suga a significant advantage in the leadership race.

Those who have supported the longest-serving prime minister for the past seven years and eight months do not want to lose the clout they have worked so hard to build. Having Suga take over will likely help them maintain their standing in the party.

Suga is responding to that sentiment. “I hope to continue the prime minister’s policies,” Suga told key officials Monday. 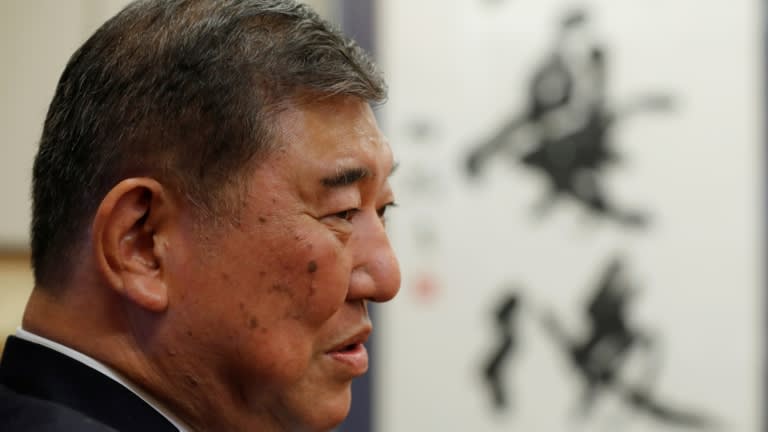 Former Defense Minister Shigeru Ishiba is expected to announce his candidacy as early as Tuesday.   © Reuters

In the last party leadership race in 2018, five of the seven factions sided with Abe. The Hosoda, Aso and Nikai factions in particular account for half of the LDP members in the Diet.

Other prime ministerial hopefuls have struggled to gain support from their own factions but are showing no signs of backing down.

“Kato’s ‘rebellion’ ended without fighting through the end. We need to keep fighting until we win,” Kishida said Monday, referring to an attempt by lawmaker Koichi Kato in 2000 to wrest control of the party from then-Prime Minister Yoshiro Mori.

“I think this is going to be a tough race,” Kishida predicted.

The Ishiba faction decided Monday to entrust its leader, Shigeru Ishiba, with whom to back. Ishiba, a former defense minister, is a longtime rival of Abe who is expected to announce his candidacy as early as Tuesday.

“It is our duty to give voters options on policy and political tactics,” Ishiba said in a television appearance Monday.

The LDP’s General Council will meet Tuesday to decide the details of the leadership race, including dates and whether to limit the vote to Diet members. The election could be held as early as Sept. 14.