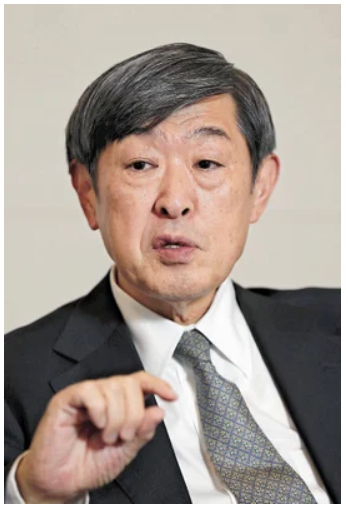 Since the launch of his second government, Prime Minister Shinzo Abe has sealed his right-leaning ideology and achieved results in the diplomatic and security fields by adopting a moderate and pragmatic attitude.

Firstly, he has maintained and strengthened the relationship with the U.S. He largely achieved this through the Act on the Protection of Specially Designated Secrets enacted in 2013, the change of the constitutional interpretation of the right to collective self-defense in response to a proposal by the Advisory Panel on Reconstruction of the Legal Basis for Security in 2014, and the ensuing passage of the security-related bills in 2015. Abe responded to those who were wary of his hawkish stance with his 2015 statement on the 70th anniversary of the end of World War II to achieve balance. The Association of Southeast Asian Nations (ASEAN) and other countries around the globe welcomed the statement and both rightists and leftists in Japan either supported or gave tacit approval to the statement.

A long-term government has significant advantages. In negotiations with Russia over the Northern Territories and the abductions of Japanese nationals by North Korea, Abe failed to fully utilize such advantages because he raised expectations too high. But he made his presence felt in the international community as proven by the U.S., which kept pace with the Free and Open Indo-Pacific initiative championed by Japan.

On the domestic front, however, he put up many slogans and dynamic visions but did not get to the heart of problems. He did not try to take the political risk involved in concrete plans for constitutional amendment and he expressed his intention to resign while still in the midst of his career. But it is better to resign once and for all than continue his job by glossing over health concerns. He had not other choice. It is important to choose his successor by understanding the problems facing the existing government.

The problem of the Abe government is that the “Kantei bureaucrats,” who supported Abe at the Prime Minister’s Office, sometimes took an overbearing attitude toward bureaucrats and did not try to fully elicit their abilities through dialogue. That was also a cause for the government’s failure in responding to the new coronavirus outbreak.

The concentration of power in the Kantei is attributable to the single-seat constituency system of the Lower House, in which the authority to officially recognize candidates and funds is concentrated in the head of the ruling party when elections are held. The existing government was established as the culmination of the system. Under the single-seat constituency system, expectations that the opposition bloc would also become pragmatic withered as the opposition parties were unable to go through an actual transformation as they stood against the national security legislation after the government led by the now defunct Democratic Party of Japan fell from power. If this mechanism continues, the presidential election of the Liberal Democratic Party (LDP) will become more important than the Lower House elections.

If that is the case, I want post-Abe candidates to compete with a broad vision for the future course of Japan. Measures to stem the falling birthrate and revive battered regional areas as well as a security policy that enables Japan to express its opinions to the U.S. on an equal footing are the priority issues. Abe tackled all of these issues. But a new prime minister is expected to not just simply inherit Abe’s approach but to map out his or her own approach.