Public split over whether Lower House should be dissolved this year or next autumn, Nikkei poll 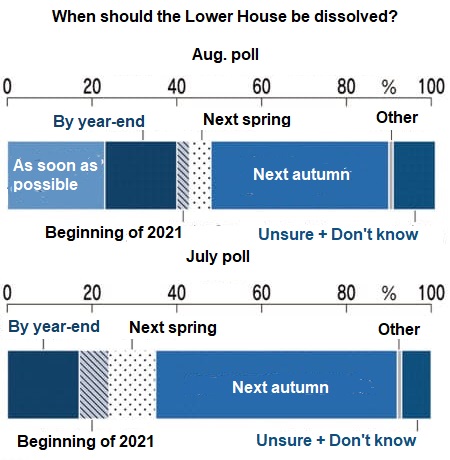 In the August spot poll conducted by the Nikkei on Aug. 29-30, respondents were divided on when the Lower House should be dissolved and a general election held, with 40% saying that it should be done within the year and an equal percentage saying it should be done in autumn 2021. Over 60% of pollees also said they would like to see the Liberal Democratic Party and the Komeito take the majority of the seats in the Lower House in the next election. Only 34% said that they think highly of the “partial merger” between the Constitutional Democratic Party of Japan (CDPJ) and the Democratic Party for the People (DPFP). (Abridged) 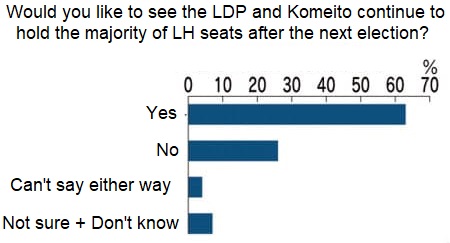 [Polling methodology: The nationwide poll was conducted on Aug. 29–30 by Nikkei Research Inc. via random-digit dialing (RDD) to both landlines and mobile phones. It drew 778 responses from those 18 and older, for a response rate of 48.3%.]