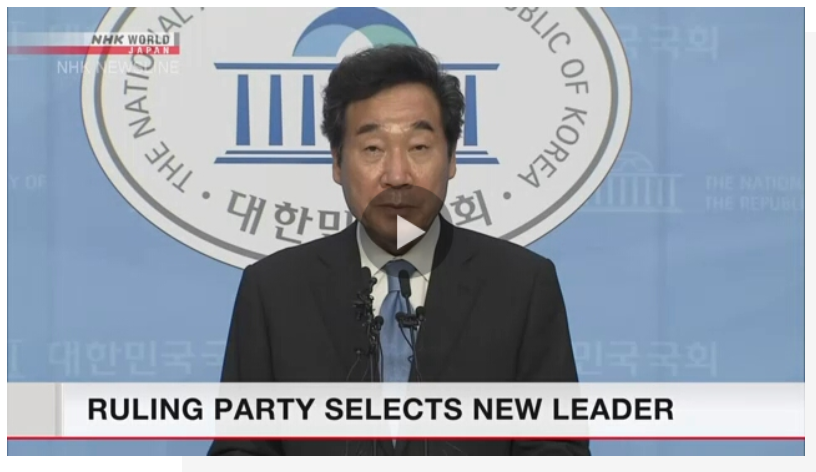 Saturday’s national convention was held online due to the coronavirus pandemic.

In a video message, President Moon Jae-in called on the party to unite and lead the country to overcome the crisis.

In an online speech from his home, Lee said he feels a heavy responsibility, and that the country is certain to overcome the national crisis.

Lee, who is known to be well-versed in matters related to Japan, has recently been among the most favored candidates in public opinion polls for the next presidential election in March 2022.

However, he will need to broaden his support base in his party, as he is not in its mainstream.

Lee would have to resign in March of 2021, during his two-year term of party chairmanship, in order to run in the presidential election, in accordance with party rules.

He faces the challenge of uniting the party ahead of the presidential election.