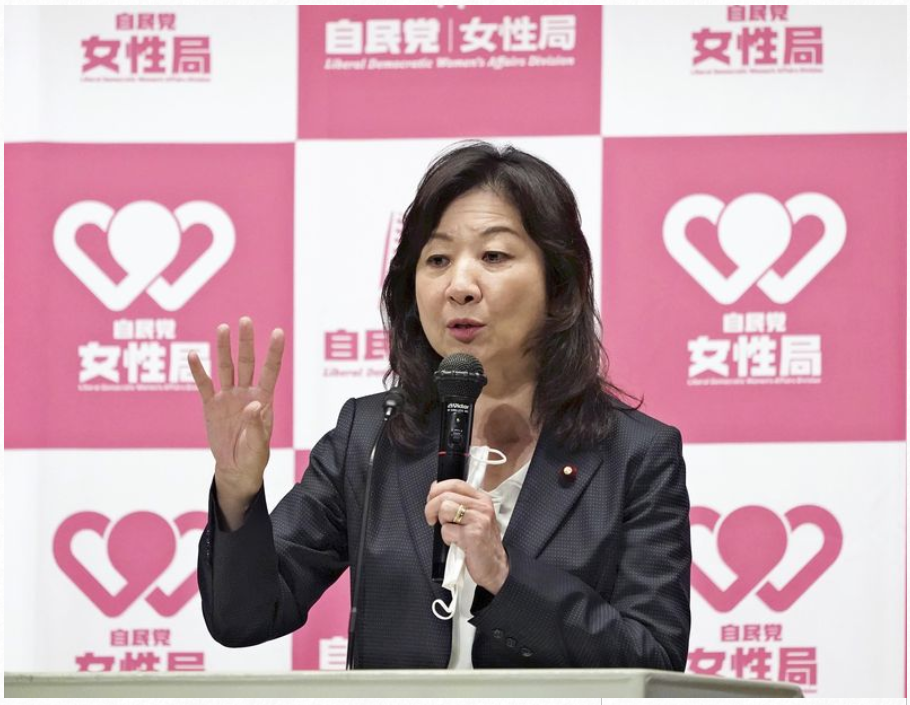 Liberal Democratic Party lawmaker Seiko Noda, a former internal affairs and communications minister, told reporters on Tuesday that she would not run in the LDP’s upcoming presidential election, which will be held in the wake of Prime Minister Shinzo Abe’s resignation announcement.

Noda’s remark was made after she attended a meeting of a voluntary group comprising members who do not belong to any faction — as Noda herself is not affiliated with any faction — that was held at LDP headquarters.

“It was important for the LDP to hold an open presidential election,” Noda said. “It is very disappointing.”

Just before this comment was made to reporters, the LDP’s General Council decided that the party’s new leader will be chosen at a joint plenary meeting of LDP members of both Diet chambers, rather than having party members nationwide vote in the election.

Noda, who had urged for a nationwide vote, cited the council’s decision as the reason for not running, but it was obvious that she was unable to attract the necessary 20 nominations.

Only 13 people attended the meeting, and those around Noda objectively said, “There’s no way she can [run in the election] in this situation.”

Noda tried to run for LDP president in the 2015 and 2018 elections but was forced to give up because of the lack of support. In the 2008 election, now Tokyo Gov. Yuriko Koike was the first female Diet member to ever run for party president.

“Even after the inauguration of the new administration, I want you to keep in mind that women must work harder than men,” said Noda at a meeting of the LDP’s Women’s Future Leadership Program on Sept. 1.

Meanwhile, acting LDP Executive Secretary General Tomomi Inada, who had expressed a desire to be a “post-Abe” president, told The Yomiuri Shimbun that she would not run in the election. The Hosoda faction, to which she is a member, has decided to support Chief Cabinet Secretary Yoshihide Suga.

“The faction has agreed back Mr. Suga,” Inada said coolly. “I can’t go any further.”

Inada began making calls to gather supporters immediately after Abe announced his resignation. She worked to form a group with conservative lawmakers and coauthored a publication with other female lawmakers, but those efforts were not enough for her to enter the race.

Being close to Abe, Inada was once chosen as the party’s Policy Research Council chairperson and defense minister. When she met with Abe late last month, the prime minister reportedly told her: “Take it easy. Take it step by step and do your best.”

Women are still a minority, and Noda and Inada are facing a difficult challenge in trying to break the glass ceiling in the male-dominated Diet.

“We need to make friends,” Inada said. “I want to take it one step at a time.”