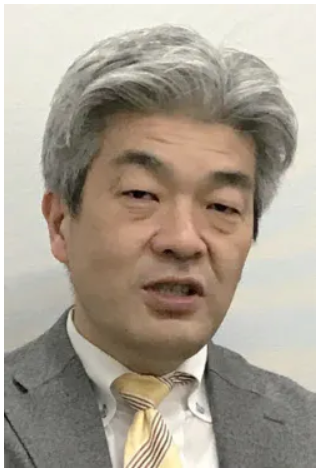 Stability is the most praiseworthy aspect of the diplomacy of the government of Prime Minister Shinzo Abe. Many past prime ministers served for a short term and had little presence or say. The Abe government clearly illustrated the influence of a long-term government on diplomacy.

When U.S. President Donald Trump was inaugurated, Abe soon forged a personal relationship with him and stabilized the Japan-U.S. relationship. When the U.S. withdrew from the Trans-Pacific Partnership (TPP) agreement, many were pessimistic about the prospects of forging an accord. But Abe took the initiative in effectuating a deal signed by 11 countries. Abe became the leader in maintaining the rule-based international order in the world in the Trump era.

Abe is among few world leaders who got along better with Trump than with his predecessor, Barack Obama. The fact that the alliance with the U.S. is the foundation of Japan’s diplomacy remains unchanged regardless of who is the prime minister. Even if Joe Biden is elected president, the next prime minister should respond as flexibility as Abe did.

But Abe’s diplomacy toward Russia leaves a strong negative impression. The Abe government set as a major goal the resolution of the Northern Territories issue and the signing of a peace treaty. But it failed to achieve the goal despite repeatedly holding summit meetings. The balance of power between METI and MOFA in decision-making tilted towards the former. I wonder whether the strategy of seeking to sign a peace treaty through economic cooperation was right in the first place. The strategy needs to be drastically overhauled.

China and South Korea present the greatest diplomatic challenges. The worsening Japan-ROK relationship is partially attributable to the government of President Moon Jae-in. But Tokyo and Seoul are unable to find a middle ground in the issues of former requisitioned workers and Japan’s tighter export controls on semiconductor materials. The next Japanese prime minister will be put to the test of his or her ability to negotiate behind the solutions that are amenable to South Korea.

For the U.S., relations with China are far more important than those with Japan, and the U.S. and Japan do not necessarily share common interests. Japan should keep that in mind and formulate its own policy toward China no matter what the U.S. says. Japan used to deal with China by currying favor with the U.S. But that approach has nearly reached its limit.

Regarding security policy, the pros and cons of the appropriateness of having a limited capability to strike enemy bases will be a focal point in the leadership election of the Liberal Democratic Party (LDP). Since the end of World War II, having no strike capability has been the core of Japan’s policy. It is undesirable to discuss a major shift from that policy as if it were “an afterthought” (an idea that only occurred after Japan’s decision to give up on a plan to deploy the ground-based Aegis Ashore).

The new prime minister is obligated to deepen public understanding of the economic security issues and anti-cyberattack measures. The boundary between civilian technologies and security is becoming increasingly blurred. The new leader must raise public awareness of this issue so that people realize that there are times when the sale of a product might pose a security risk for Japan.