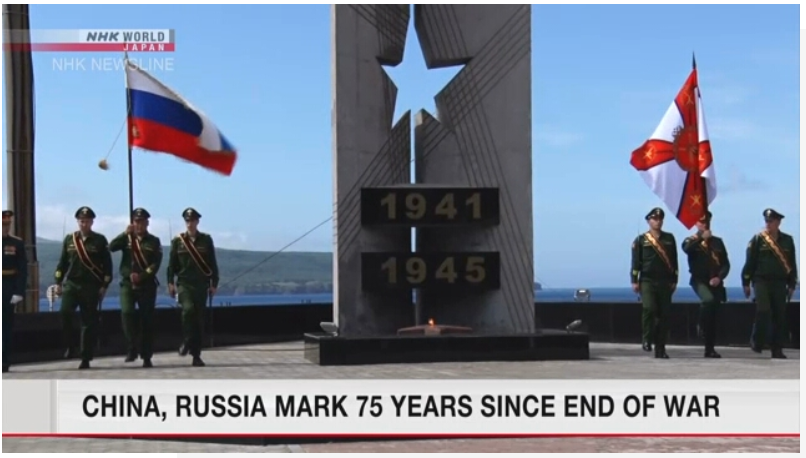 Celebrations took place across Russia’s Far East on Thursday to mark the 75th anniversary of the end of World War Two.

Until last year, Russia marked the anniversary on September 2, the day Japan signed surrender documents in 1945. The date for this year was changed to September 3, which was designated in the Soviet era as a national holiday to mark the victory over Japan.

Ceremonies were held in cities such as Vladivostok and Yuzhno-Sakhalinsk and on two of the four Russian-held islands claimed by Japan.

On Etorofu Island, one of the islands, more than 200 islanders gathered in front of a victory cenotaph and offered flowers for those who died in the war. Russian troops stationed on the island held a parade.

Sakhalin Governor Valery Limarenko gave a speech at a ceremony in Yuzhno-Sakhalinsk, the capital of Sakhalin.

He said the war “liberated” southern Sakhalin and the islands, leading to the foundation of what is now the Sakhalin region.

The remark echoes Moscow’s position that the islands became Russia’s territory as a result of the war.

The Japanese government rejects that position as unacceptable. It maintains the islands are an inherent part of Japan’s territory. It says the islands were illegally occupied after World War Two.