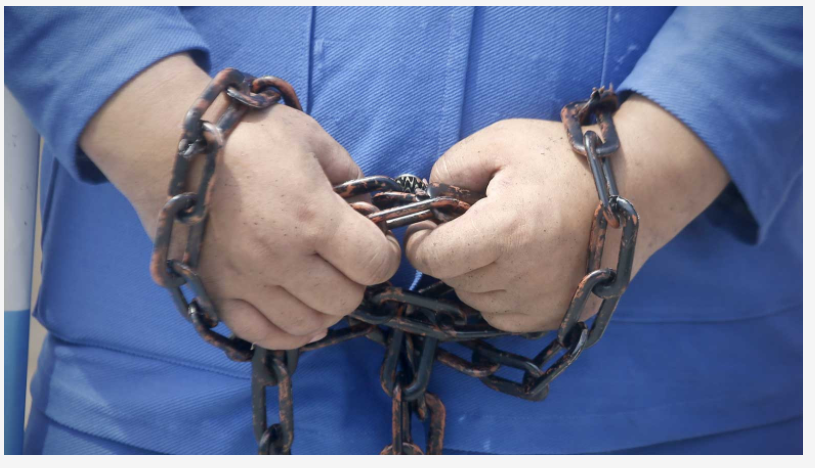 Takamura Keiichi
NHK World Correspondent
Human rights groups say muslim minorities in the Xinjiang Uygur Autonomous Region of western China are being used for forced labor. Leaders in Beijing say that’s not true, while some of the companies reportedly benefitting from the labor are staying tight-lipped.

“Now that all of the trainees have graduated, there is no one in the education and training center. They have all found jobs.”

That’s how Chinese Foreign Minister Wang Yi explained the position of Xinjiang’s Uighurs recently. He said those members of the population who showed signs of extremism were given occupational training and provided with the opportunity to learn about the law in the facilities where they were held. He also noted that the training has now finished. Wang was speaking in Paris, where French President Emmanuel Macron had expressed strong concern about the Uighurs’ human rights.

International human rights organizations and the US government claim that more than one million Uighurs have been unjustly detained, brainwashed, and tortured as part of an anti-terrorism policy in the region. Though Wang Yi said they have all “graduated,” many Uighurs living outside China still claim they haven’t been able to contact their families back home. Now, there are new worries that Uighurs may be part of a program of forced labor.

In March 2020, the Australian Strategic Policy Institute (ASPI) think tank published a report titled “Uyghurs for Sale.” Drawing on open-source Chinese-language documents, satellite imagery analysis, academic research, and on-the-ground media reporting, it claims that the Chinese government moved more than 80,000 Uighurs to factories between 2017 and 2019, and is forcing them to work there. The report says the Uighurs are paid less than workers from the majority Han ethnic group, and forced to live in segregated accommodation where they are severely restricted and closely monitored. They are prohibited from practicing their religion and forced to undergo so-called patriotic education. Some of the workers at these factories were reportedly brought in directly from internment facilities in Xinjiang.

The think tank has confirmed that Uighurs are being forced to work in 27 factories across China, which feature in the supply chains of at least 82 well-known global brands in the technology, clothing, and automotive sectors. Some Japanese electronics and clothing companies are on the list.

A spokesperson for China’s Ministry of Foreign Affairs strongly refutes the ASPI report, stating, “It’s groundless. This organization supports anti-China forces in the US and looks down on China’s anti-terrorism and anti-radicalization measures.”

How are Japanese companies involved?

Human Rights Now, an international human rights organization based in Tokyo, held a press conference in August after the ASPI’s announcement. The organization published its own report looking into suspicions that some Japanese companies are implicated in the forced labor of Uighurs.

Afumetto Retepu, a native of the Xinjiang Uygur Autonomous Region, attended the press conference. He says, “Some of my family members might have been forced into labor. It’s too painful to think about the possibility that Japanese companies are selling products made using forced Uighur labor.”

Afumetto came to Japan to study 18 years ago and currently works for an IT company in Tokyo. He says public security officials in China detained 12 members of his family three years ago, and he hasn’t been able to contact them since.

Afumetto is Vice Chairman of the Japan Uyghur Association. This April, the organization sent open letters to the 11 Japanese companies that ASPI indicated were involved in forced Uygur labor, asking them to clarify the situation. Human Rights Now summarized the responses, revealing that some companies denied having any business dealings with the named factories, while three others didn’t provide specific responses and one didn’t respond at all.

Since the publication of the ASPI report, companies around the world have been taking a stand. In July, outdoor apparel maker Patagonia announced it would stop procuring materials from the Xinjiang Uygur Autonomous Region. The firm issued a statement saying, “We are constantly working to ensure that all of our products are built without human rights abuses.”

The Human Rights Now report lambasted the Japanese companies for not treating the issue as seriously, saying their response “is not suitable for the severity of the human rights violations.”

The organization is also requesting an objective, effective investigation into the entire supply chain implicated in the forced labor of Uighurs in China. Furthermore, it is advising the Japanese government to set up a legal system that will require Japanese companies to respond to accusations of human rights violations.