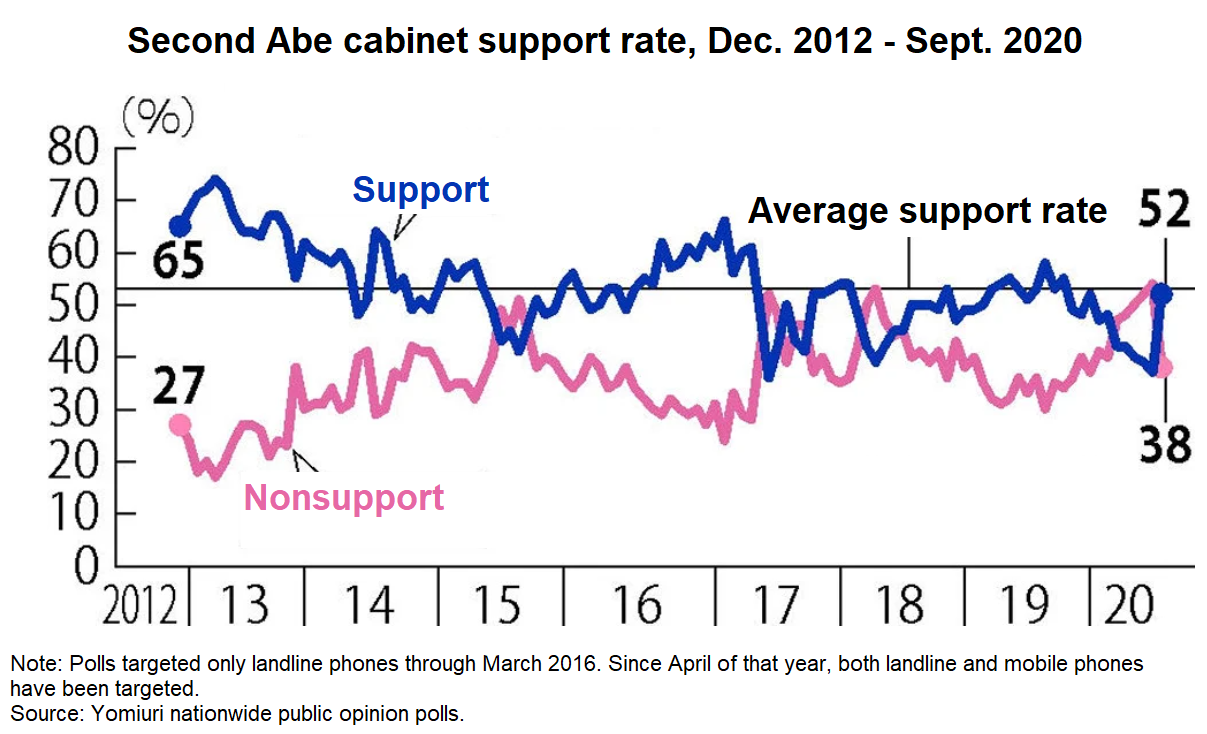 The approval rating for the Cabinet of Prime Minister Shinzo Abe stood at 52% in a Yomiuri Shimbun survey conducted Sept. 4-6, an increase of 15 points from the 37% seen in the previous survey in early August.

The cabinet of Prime Minister Yasuhiro Nakasone, which lasted from 1982 to 1987, saw its approval rating recover to 49% in its last six months, after sinking to 26%. However, the approval ratings for many other cabinets fell below 30% in their final days.

Abe’s approval rating had slumped due to such factors as dissatisfaction with the government’s handling of the novel coronavirus pandemic. Since he announced that he would resign due to worsening health, however, his achievements during his long tenure have been praised anew.

After Abe’s return to power with the formation of the second Abe Cabinet in December 2012, The Yomiuri Shimbun conducted a total of 111 opinion surveys through this month. Over that time, the average approval rating stood at 53%. 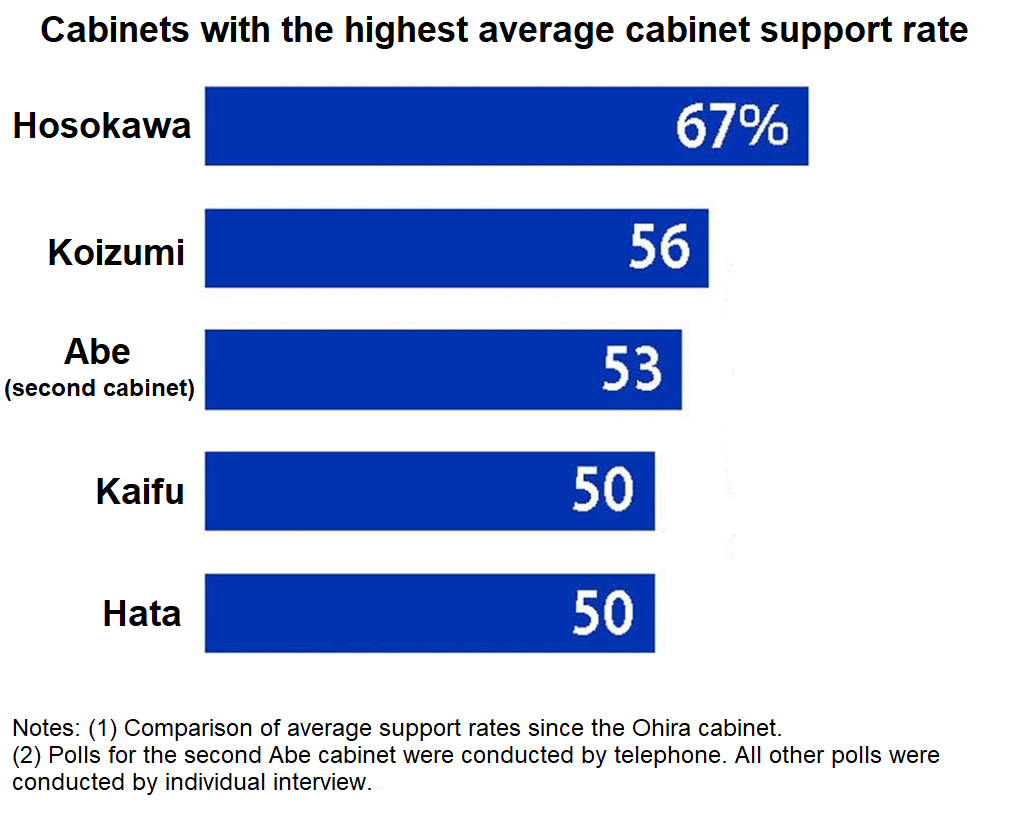 The Yomiuri started monthly opinion surveys on the cabinet in March 1978, beginning with the administration of Prime Minister Masayoshi Ohira. The second Abe Cabinet had the third-highest average approval rating overall, following the Morihiro Hosokawa Cabinet at 67% and the Junichiro Koizumi Cabinet at 56%.

In contrast, 24% had a negative view, with 16% saying they valued the Cabinet’s achievements “not very highly” and 8% valuing them “not at all.”

Respondents were asked why they thought highly of the Abe Cabinet, with multiple responses allowed. A total of 75% said the Abe Cabinet “increased Japan’s presence in diplomacy.”

Among the reasons for not thinking highly of the Abe administration, 81% said “arrogance developed in the long-running administration.”

[Polling methodology: The nationwide survey was conducted on Sept. 4–6, 2020, on a computer-aided random digit dialing (RDD) basis and targeted voters aged 18 or over with calls placed to landline and mobile phone numbers. Valid responses were received from a total of 1,078 persons, including 535 persons (out of the 888 households with one or more eligible voters) for landline numbers and 543 persons (out of the 1,204 persons who answered) for mobile numbers. The valid response rates were 60% for landline numbers and 45% for mobile numbers. Figures are rounded off. In some graphs and charts, the total percentage may not add up to 100%. “0” indicates that the figure was below 0.5%, and “–” denotes that no respondents gave that answer.]