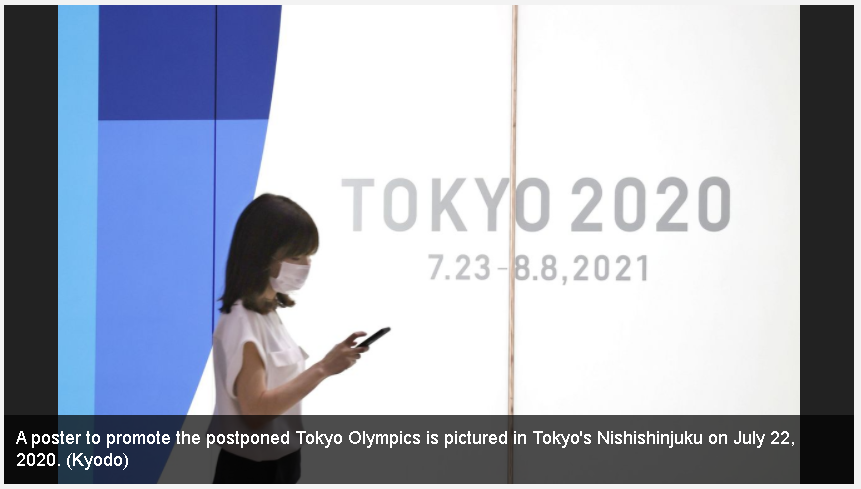 TOKYO — A Japanese government panel tasked with formulating steps to counter the coronavirus pandemic at next summer’s rescheduled Tokyo Olympics and Paralympics held its first meeting Friday, with a plan to submit an interim report possibly by the end of the year after five more meetings.

The panel, led by Deputy Chief Cabinet Secretary Kazuhiro Sugita, in cooperation with the Tokyo metropolitan government and the local Olympic organizing committee, is specifically in charge of crafting border control and safety measures.

“From the perspective of realizing a safe and secure games, we will carefully consider effective measures and put them into practice,” Sugita told the meeting.

The Japanese government and the organizing committee are assuming that the global spread of the virus, which causes the COVID-19 respiratory disease, will not be completely contained by the time of the Tokyo Games, but are considering easing entry restrictions for foreign athletes.

The relaxation is expected to be made on the condition that foreign athletes and others submit documents proving they have tested negative for the virus and their plans while staying in Japan, in addition to promising to have limited movement within the country, according to government officials.

How best to isolate them after entering Japan will be discussed in the forthcoming meetings, the officials said.

Attendees at the first meeting included Tokyo Vice Gov. Mitsuchika Tarao and Tokyo Games organizing committee CEO Toshiro Muto, as well as officials from the foreign and health ministries and the immigration agency.

They agreed to first have discussions on border control and transport measures for athletes, before moving on to anti-virus measures at the athletes’ village in Tokyo and venues for the games. Lastly, they plan to focus on anti-virus steps for games officials and spectators.

Introducing a mobile app that tracks the movements of athletes and stakeholders is also under consideration.

Tsuyoshi Fukui, Japanese Olympic Committee secretary general, who attended the meeting, said it is imperative to design a framework for athletes.

“(Japanese) national federations are calling for rules that will not stop athletes from training for several days (after they return from overseas). Also, (without the rules) foreign athletes won’t be able to come to Japan without anxiety either,” he said.

Under normal circumstances, about 11,000 athletes from about 200 countries and regions participate in the Olympics.

However, as part of efforts to stem the spread of the virus, Japan currently denies entry to foreign nationals who have recently been to any of 159 countries and regions, including most of Asia, all of Europe and the United States.

On Friday, the metropolitan government reported 136 new cases of the novel coronavirus, bringing Tokyo’s cumulative total to 21,475, the highest of Japan’s 47 prefectures.

Although the capital is maintaining its alert at the highest of four levels, meaning “infections are spreading,” the number of single-day confirmed infections has been trending downward since mid-August.

“Cognitive domain” to be added to cross-domain operations