Japan to give $5 mil. in aid to Lebanon in wake of massive explosion 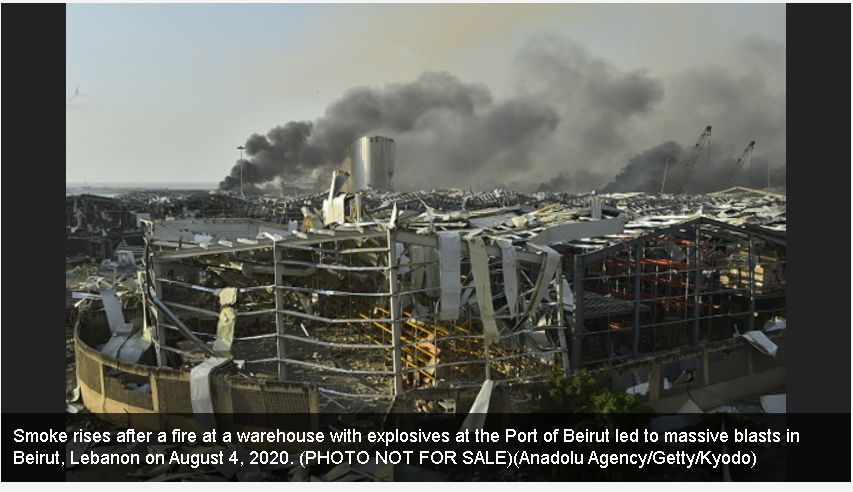 Japan will offer the humanitarian assistance in areas including food security, shelter and health through the World Food Program, the U.N. Children’s Fund, the International Committee of the Red Cross, and the U.N. High Commissioner for Refugees, the Japanese Foreign Ministry said.

The aid will include providing medical equipment and repairs to 13 hospitals and two emergency medical service facilities among others, it said.

Japan hopes that the Lebanese government will “implement the administrative, financial and judicial reforms in a swift and transparent manner, and achieve sustainable growth,” it said.

The explosion that rocked downtown Beirut on the night of Aug. 4 left around 190 people dead and roughly 6,500 people injured, local media reported.

The financial assistance follows Tokyo’s provision of emergency relief goods to Lebanon, such as blankets, tents and water tanks, announced shortly after the blast.