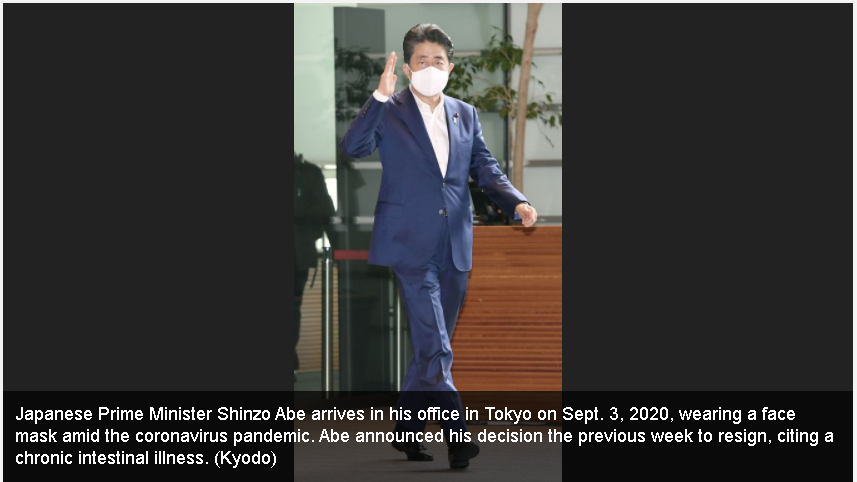 In telephone talks, Abe told Duterte that Tokyo will continue seeking close bilateral cooperation in ensuring a free and open Indo-Pacific, an initiative seen as countering Chinese assertiveness in the South China Sea.

Before leaving office later this month, Abe also held telephone talks with Israeli Prime Minister Benjamin Netanyahu, in which they confirmed cooperation toward easing tensions in the Middle East.

Netanyahu expressed appreciation for the increase in the number of Japanese companies investing in Israel over the past eight years while Abe was in office.