The American Forces Network (AFN, formerly the Far East Network [FEN]), an AM radio station for American service members launched by the General Headquarters (GHQ) immediately after the end of the Pacific War, will celebrate its 75th anniversary on Sept. 12. AFN used to be popular in Japan because of its programs featuring the latest American music and culture and had an influence on Japanese pop music. While the station does not have much of a presence now due to the changing needs of society, it still provides broadcasting services.

AFN Tokyo is located on the U.S. Air Force’s Yokota Air Base. It has sixty-five staff members, including 11 Japanese nationals. The station has a studio with TV cameras on the first floor. Phil Ventura, a 38-year-old commander at the station, explains: “We broadcast TV programs now as well. We recently aired a press conference by Lt. Gen. Kevin Schneider, the highest-ranking U.S. military officer in Japan, from this studio.”

The radio station also produces videos on topics such as climbing Mt. Fuji and how to use chopsticks. “Our mission is to deliver accurate information to U.S. service members and their families so they won’t run into difficulties in Japan,” says Commander Ventura. (Abridged) 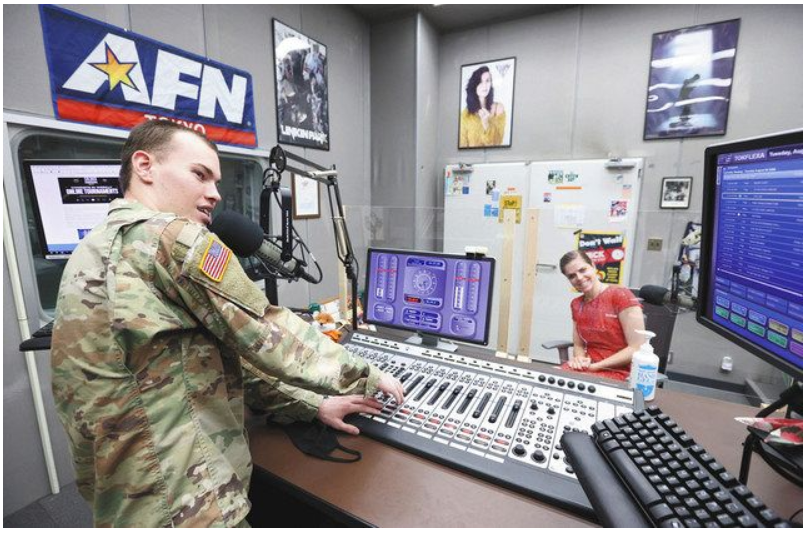 A staff member dressed in camouflage fatigues speaks into the microphone at the AFN studio on the U.S. Forces’ Yokota Air Base. 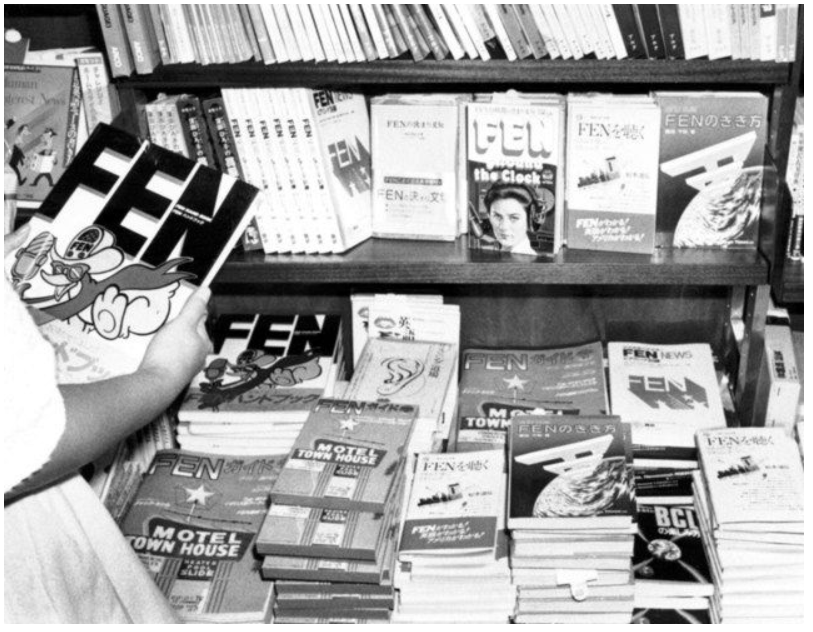 Books on FEN at a Tokyo bookstore in the 1980s. 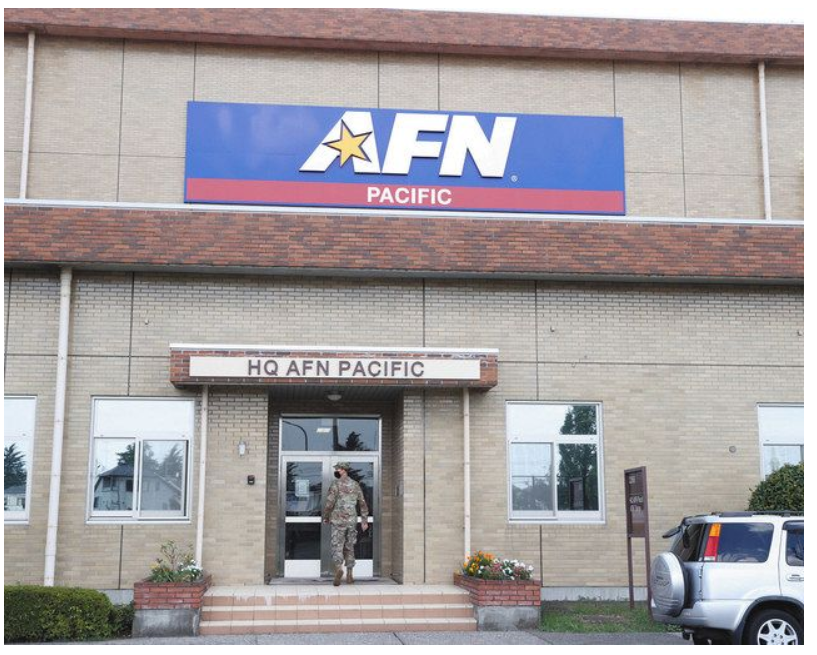 The AFN building on the U.S. Forces’ Yokota Air Base. 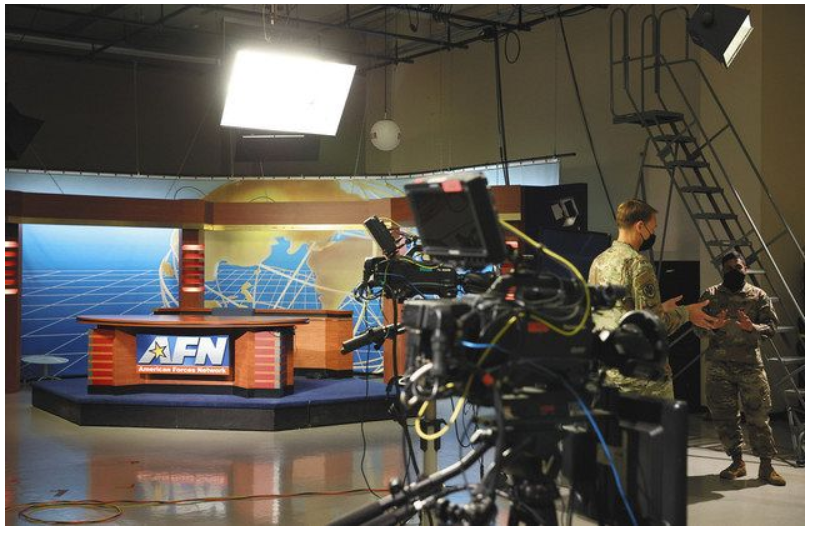 The AFN TV studio on the U.S. Forces’ Yokota Air Base where press conferences are broadcast from.