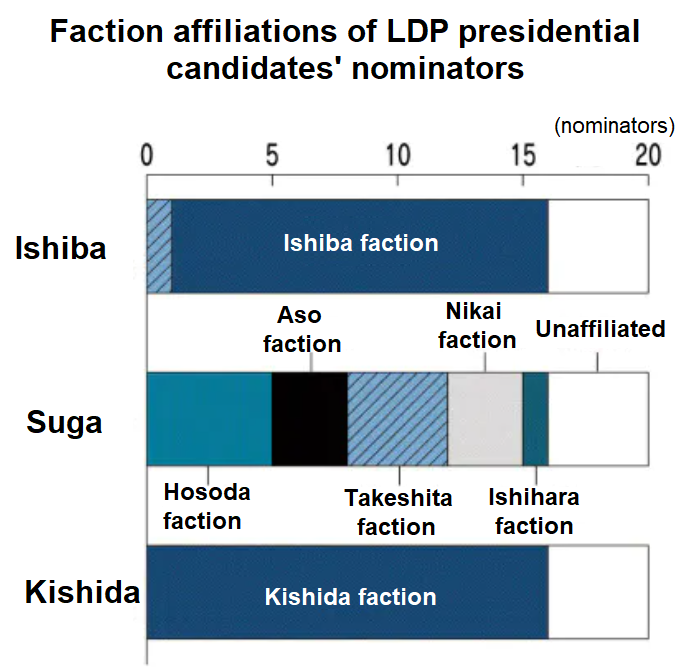 The Liberal Democratic Party (LDP) presidential election was officially announced on Sept. 8. Potential candidates are required to gather at least 20 nominations from among the LDP’s Diet members to run. Former LDP Secretary-General Shigeru Ishiba, Chief Cabinet Secretary Yoshihide Suga, and LDP Policy Research Council Chairperson Fumio Kishida each submitted their list of nominators. Each roster reflects the strength of the candidate’s support base within the LDP and intentions for personnel appointments within the faction. The Nikkei analyzed the three candidates’ lists of nominators. [Suga has a broad support base and 30% of those nominating him are women. In contrast, Ishiba and Kishida are drawing mainly on Diet members in their factions.] (Abridged)