Commentary: Suga was planning to quit 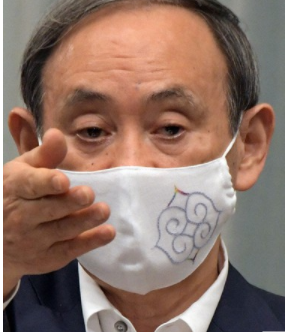 When I wrote in this column dated Aug. 1 that “the Suga administration is already in place,” there was a complicated story behind it. Chief Cabinet Secretary Yoshihide Suga would have resigned suddenly at the end of the Diet session in June if the COVID-19 situation had not become a major challenge and Prime Minister Shinzo Abe’s health had not deteriorated. This is because he had to start “distancing himself” from Abe in order to run for the Liberal Democratic Party presidency in September 2021. Now he has a nearly commanding position in the post-Abe race under the banner of “the successor to Abe politics.” No one knows what the future holds in politics.

Since last year when Suga became known as “Uncle Reiwa,” he has been preparing for the “post-Abe” era in earnest. He often told the press, “I haven’t thought about it [post-Abe] at all.” This is what a sitting cabinet secretary has to say.

It was apparently around November last year when approval ratings for the cabinet dropped sharply in response to the “cherry blossom viewing party” scandal. Suga was painfully aware that the public had wearied of the long-standing administration and the deadlock in the leadership of the Prime Minister’s Office became obvious. If he remained in his post as the cabinet spokesperson, he would only labeled “Abe’s follower.” He didn’t want that. That was the mood at that time.

With the spread of COVID-19 and the recurrence of Prime Minister Abe’s chronic illness, the situation changed again and again. Although Suga put his “resignation scenario” on hold, the LDP factions announced their support for Suga one after another. This is exactly the same as the “Fukuda model” [a former chief cabinet secretary resigns and later becomes prime minister]. This is the result of the desire of Prime Minister Abe who wants to avoid leaving the impression that he gave up his power once again, as well as his decision to hand over the reins over to Suga on the condition that he will continue Abe’s policies. It seems that at the end of last year Prime Minister Abe predicted that he may have to do so in case of an emergency. So Suga’s nearly eight years of service has brought this situation.

Suga demonstrated his true ability by quickly switching from the scenario of “leaving Abe” to “succeeding Abe” with an innocent look on his face.

“Mr. Suga was going to quit, but now look what’s happening,” said a senior government official. “Any way, it has already been a de facto the Suga administration.”

Besides the senior government official who made the comment in mid-July, many of Suga’s aides and others were preparing for his sudden resignation. Suga’s deep-seated determination to take power was consistent.

For example, when bureaucrats go to the Prime Minister’s Office to brief the prime minister,  Imai is the only one who speaks. Prime Minister Abe says nothing and only listens. Suga, who is also present, does not say anything to Imai. When the bureaucrats were leaving the room feeling uneasy because they received no feedback, Suga whispers to them, “I will give a fuller explanation to the prime minister.” Soon afterward people could hear Imai shouting at the bureaucrats, saying, “What were you doing?

When people choose a bun filled with bean jam, they only look at its surface, but the most important part is the jam filling. Metaphorically, measures against COVID-19 revealed that the bun’s surface  [Abe’s aides] was ineffective, while the jam [Suga] proved to be effective.

When Suga emerged as a “post-Abe” candidate and exerted his influence over the appointment of cabinet ministers, it was rumored that there is antagonism between Abe’s aides and Suga, but he remained silent. His pride and determination to be the next prime minister were that strong.

In fact, I wouldn’t be surprised if Suga generously keeps Abe’s aides in a Suga administration. Deputy Prime Minister and Finance Minister Taro Aso, who is also at odds with Suga, and other key cabinet members are likely to keep their posts.

So the Suga administration will start without his putting his own stamp on it. But no one can say for sure that if there is a Suga administration, it will be a short-lived one. If the original scenario of leaving Abe and now succeeding to Abe’s policies are only Suga’s tactics for taking power, his patience and determination to take power by loyally serving Prime Minister Abe for eight years without fighting against Abe’s aides are immeasurable.

His tenure as chief cabinet secretary is so long that it is easy to forget that Suga as politician is a heart a “brawler.” Since entering national politics after serving as a member of the Yokohama City Council, he has always been willing to take on challenges at every political juncture.

He describes himself this way. Suga takes good care of bureaucrats who confront him head on. He is warm-hearted, but when he feels betrayed, he treats the betrayers ruthlessly.

Prime Minister Abe’s announcement of his resignation was unexpectedly well received, with a Kyodo News poll (conducted on August 29 and 30) showing a 20.9-point jump in support for his cabinet from a week earlier. The Asahi Shimbun poll (conducted on September 2 and 3), regarded by many as “anti-Abe,” also showed that a total of 71% of respondents rated the administration’s performance “highly” (17%) or “somewhat highly” (54%).

Criticism for omitting the vote by rank and file party members in the LDP presidential election could turn into a cause for early dissolution of the House of Representatives. If the ruling coalition gains sufficient seats to maintain the administration in a snap election, “Prime Minister Suga” will drastically change. Through the compilation of the budget for the next fiscal year and the Tokyo Olympics, Suga’s reelection in the LDP presidential race in 2021 will be assured.

Suga has failed in many political gambits in the past. He has succeeded only once, when he helped Abe run for the premiership. He will succeed a second time if he wins the LDP presidential race. But he is undoubtedly an exceptional gambler.