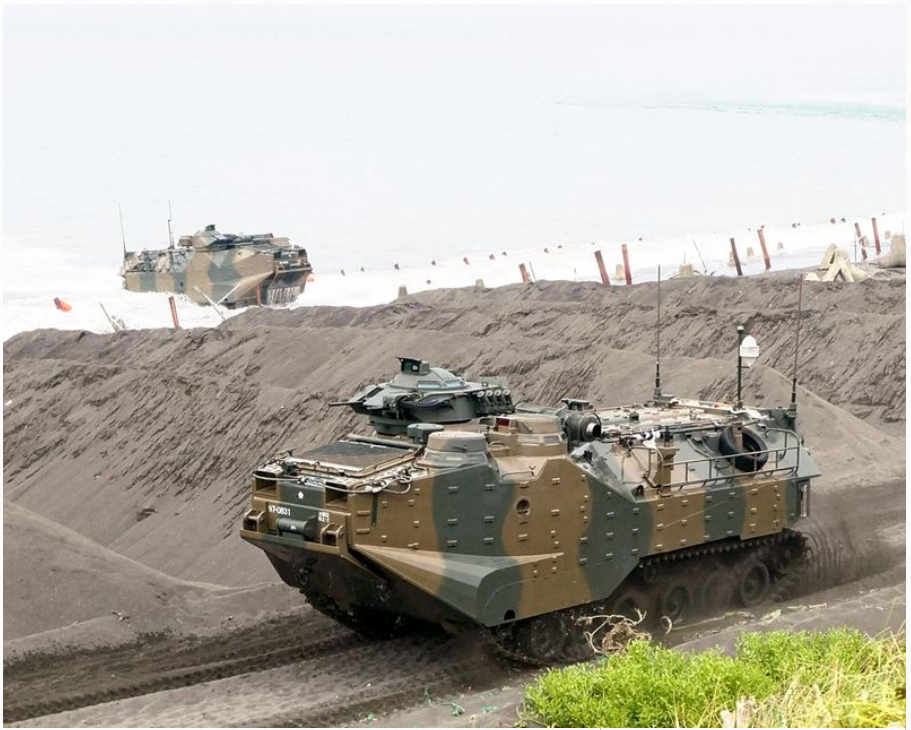 The Yomiuri Shimbun / AAV7 amphibious assault vehicles land on the coast of Teshio, Hokkaido, on Aug. 28.

The Ground Self-Defense Force has been conducting large-scale drills and training activities in Hokkaido and Nagasaki Prefecture in preparation for the defense of remote islands and instances in which it is unclear whether an area is under attack.

Because of the continued provocative activities of China in areas surrounding Japan, even amid the spread of novel coronavirus infections, the believed GSDF objective is to maintain and improve its capability to swiftly deploy units.

The drills and training started in August and are expected to last until sometime this month.

The Nagasaki Prefecture-based Amphibious Rapid Deployment Brigade is charged with the defense of remote islands. This brigade participated for the first time in exercises in Hokkaido.

The exercises are being held on the assumption that GSDF units that move around Hokkaido using privately owned ships contracted by the Defense Ministry can deter enemy forces. The “enemy” is being simulated by forces such as the Amphibious Rapid Deployment Brigade members on AAV7 amphibious assault vehicles and the Chiba Prefecture-based 1st Airborne Brigade landing with aircraft.

About 17,000 personnel, a record-large scale according to a senior GSDF member, have been participating in the Hokkaido exercises.

The main objective of the drill is to improve the capability to swiftly deploy units across the nation to the front if there is an invasion of remote islands.

In the training in Nagasaki Prefecture, members of the Kagawa Prefecture-based 15th Rapid Deployment Division were among those who traveled to the Port of Hakata in Fukuoka Prefecture on Type-16 MCVs mobile combat vehicles, capable of going 100 kph on an expressway.

They were subsequently transported on privately owned ferries to Tsushima Island, where they have been engaged in exercises focused on monitoring the coast and dealing with armed operatives.

Since China has been scaling up its activities in recent years in areas surrounding Japan, including the Senkaku Islands, shoring up defensive capabilities in and around the Nansei Islands are urgently needed.