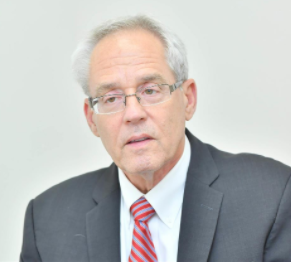 Former Nissan director Gregory Kelly, 63, who was arrested along with former Nissan Chairman Carlos Ghosn, 66, who fled to Lebanon, sat down with the Sankei Shimbun ahead of his first trial scheduled for Sept.15 at the Tokyo District Court. Defendant Kelly is accused of violating the Financial Instruments and Exchange Act (misrepresentation of securities reports). During the interview, he pleaded not guilty to the indictment for allegedly under-reporting the compensation of defendant Ghosn, saying that since he did not know the exact amount of compensation, he had no way to conspire with defendant Ghosn. In this way, defendant Kelly expressed his intention to put up an all-out fight.

The Special Investigation Department of the Tokyo District Public Prosecutors Office arrested Defendant Kelly in November 2018 as an accomplice to Defendant Ghosn on the same charge. According to the indictment, both defendants allegedly conspired to under-report Defendant Ghosn’s executive compensation for the period from fiscal 2010 to 2017 by approximately 9.1 billion yen in their securities reports. Prosecutors argue that because the disclosure of compensation became mandatory from fiscal 2009, both defendants started under-reporting compensation in an attempt to avoid criticism that it was too high, and they decided to receive the unpaid amount in the form of consulting fees, etc., after their resignation.

The trial is scheduled to continue until next summer with more than 70 proceedings scheduled for the examination of evidence. Nissan as a corporation, which is also accused and being tried on the same charge, is expected to plead guilty. Defendant Ghosn, who has continued to claim his innocence ever since his arrest, fled to Lebanon late last year, making his trial virtually impossible.