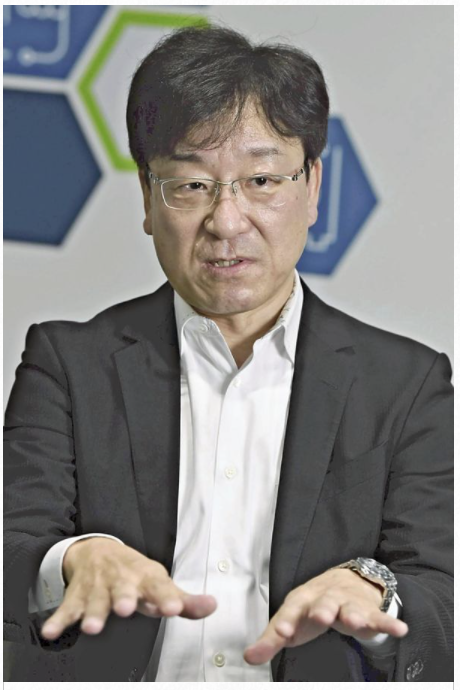 The Yomiuri Shimbun / Toshifumi Tokuda speaks during the interview.

How should Japanese companies protect themselves from cyber-attack? The Yomiuri Shimbun interviewed Toshifumi Tokuda of IBM Japan, Ltd. Tokuda was born in 1963 and worked at an information security company from 1999. He started working at IBM Japan in 2007, where he is now in charge of cyber-attack response for companies. Below is an excerpt of the interview.

Since last autumn, there have been ransomware attacks against famous Japanese companies as well. The attacks mostly targeted companies in steel, chemical, pharmaceutical and precision machinery industries.

It seems all these cyber-attacks were meticulously constructed and took the method of entering a system from the point where the defense was weak before approaching the core. The traces of their entries were erased. The attacks must have been perpetrated by highly skilled hacker groups.

Their purpose is not only money. They are after companies owning certain industrial technologies as well as those in possession of technologies that can be diverted to military use. There are possibilities that certain countries use hackers to steal information and use it for the technical improvement of their own weapons.

Cyber-attacks against Japan will probably increase in the future. The important thing is that the companies that have been attacked and relevant government organizations make public how they have been attacked. By sharing such information, other companies will be able to check the weak points in their own systems, making it easier for them to create protective measures.

The government should more quickly train human resources in the cyber security field, which is currently lacking.