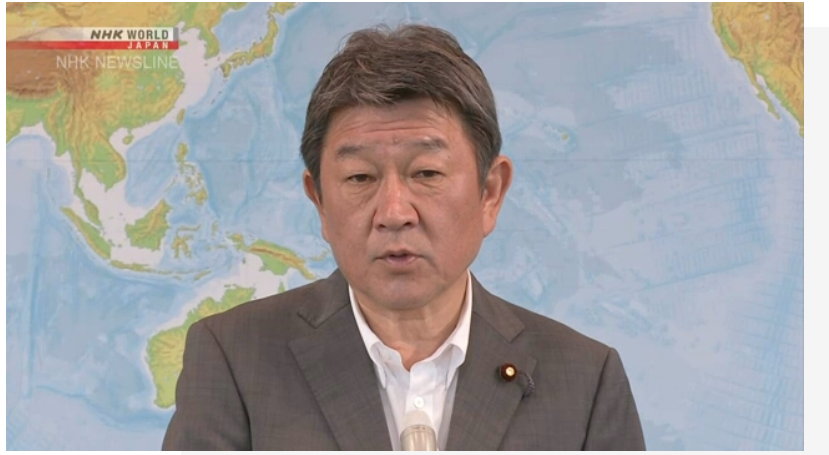 Japanese Foreign Minister Motegi Toshimitsu has called on the international community to unite to ease rising tensions in the East and South China seas through peaceful means.

Motegi took part in an online meeting of the ASEAN Regional Forum, or ARF, on Saturday.

He said, “The situation in the East and South China seas is deteriorating and Japan shares serious concerns with the ARF participating countries.” He added, “It is in our common interest to keep the vast sea in the Indo-Pacific open, free and peaceful.”

Motegi said of nuclear disarmament that “confidence-building measures among major nuclear weapon states is acutely needed now more than ever to secure a prosperous and safe environment in the region.”

He encouraged China to fulfill its responsibility as a nuclear weapon state. He also encouraged the United States and China to engage in bilateral dialogue on arms control.

He also stressed the need to support the US-North Korea process towards the complete denuclearization of the Korean Peninsula.