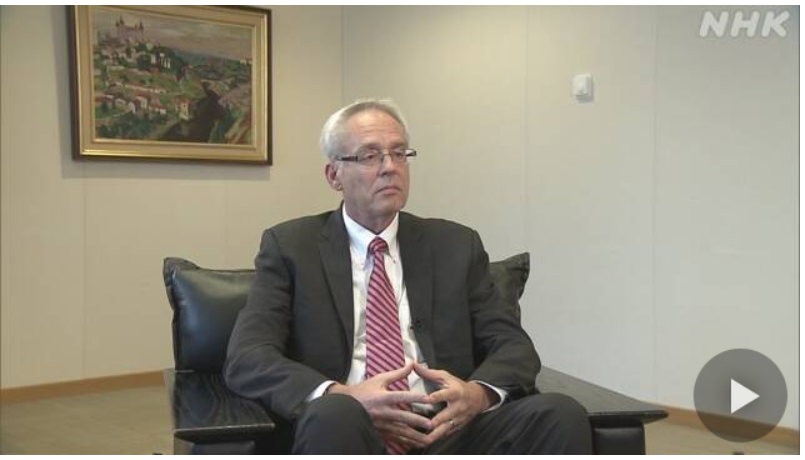 Former Nissan director Gregory Kelly sat down for an exclusive interview with NHK ahead of his first trial scheduled for Sept. 15 at the Tokyo District Court.  Following is the gist of the interview:

About the former chairman’s flight

“I wish he had been in court to testify, because there was no agreement and he could have testified that my colleagues and I were discussing how to keep him at Nissan for a long time after his retirement. He made a decision that he thought was best for him and his family, and he’s got to live with that decision.”

“’Carlos Ghosn is extraordinarily talented. He is also very clearheaded and full of energy. He is skilled at executing strategies, a good listener, and very decisive. Nissan’s car lineup was not inventive before former Chairman Ghosn assumed office. But about five years after his arrival, Nissan had such great cars as the Murano and GT-R. He was innovative, he was ahead of the competition in electric vehicles, and he expanded Nissan into important markets, including China. He was a very good CEO.”

Communication with former President Saikawa over the former chairman’s compensation

“I’ve talked with Mr. Saikawa many times, but I never talked about deferred compensation. At that time, there were a number of competitors who were willing to pay far more than Nissan to former Chairman Ghosn. So Mr. Saikawa and I were thinking of ways to keep him from quitting Nissan.”

“I thought we can persuade [Ghosn] into staying with Nissan even after his retirement if we could pay him for his valuable work at Nissan. I wanted him to stay with Nissan until the end of his career. We wanted former Chairman Ghosn to protect Nissan’s independence from Renault and he actually had the ability to do that.”

About the use of plea bargaining

“I was shocked. I was working with the two people (who entered plea bargains). But I believe they, like me, regarded former Chairman Ghosn as a very capable person and that having him stay with Nissan for a long time was best for the company.”

About the current situation of Nissan Motor

“I am no longer in a position to be involved and it is not fair to make an evaluation from the outside. I sincerely hope that Nissan will be able to overcome the current difficult times as there are many people who are important to me. I want the company to be successful, profitable, and to be the pride of its employees as it was when the former Chairman Ghosn ran the company.”

“To be honest, it wasn’t easy to wait two years for the trial. My wonderful wife was with me, but I was separated from my family and friends and still have not met my 9-month-old grandchild. The trial is about to begin, but it will take more than a year for a verdict. It doesn’t have to take that long.”

Thoughts for the first trial

“I wish the issue had been resolved sooner and I don’t think it had to be brought to court. Now that the trial is about to begin, I’ll reveal the facts in court and say that it was important to maintain the relationship between Nissan and former Chairman Ghosn for a long time.”