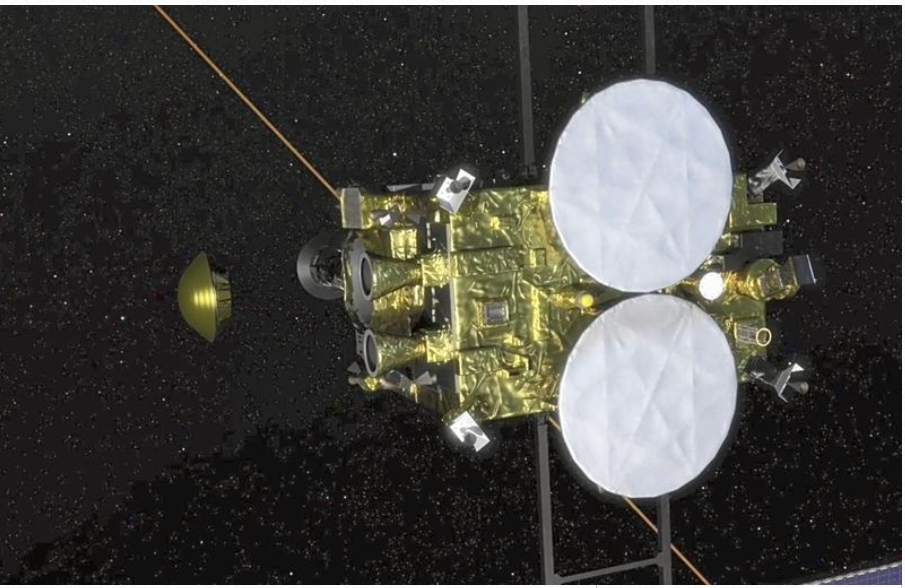 Absent any major orbital trajectory problems, the Japan Aerospace Exploration Agency (JAXA) plans to send the space probe Hayabusa2 to another asteroid — named 1998KY26 — after dropping off samples from its mission to the asteroid Ryugu. According to JAXA, it will be the first time to explore a rapid-rotating asteroid, and the probe is expected to reach 1998KY26 in July 2031.

JAXA will use onboard cameras to determine what this asteroid is made of. It is believed to be rich in water and organic substances like the asteroid Ryugu probed by Hayabusa2, and is expected to be composed of comparable materials.

1998KY26 is spherical, measuring about 30 meters in diameter, and rotates about every 10 minutes. Its orbit is mostly between Earth and Mars

Hayabusa2, which is flying toward Earth, is scheduled to send down a capsule expected to contain samples of stones and sand from Ryugu on Dec. 5 that will land in the Australian desert the following day. The probe will then continue its flight, changing its trajectory two times assisted by Earth’s gravity. It will take about 10 years to reach 1998KY26. On the way, Hayabusa2 is expected to pass by other asteroids and will conduct observations of them.

JAXA had originally considered probing the asteroid 2001AV43, as it also orbits mostly between Earth and Mars, but was concerned that the probe would be damaged by the sun’s heat due to its course.